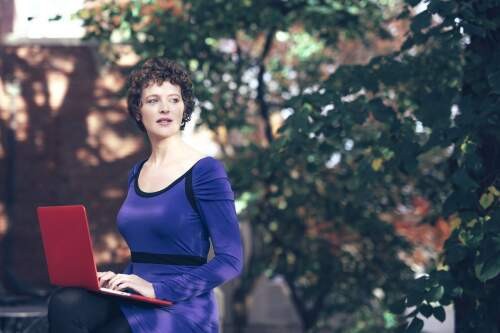 Jessica Eise is a media and communications specialist with a background in journalism and international relations. She works on pressing social, economic and scientific issues that are misunderstood, underrepresented or poorly communicated amongst critical groups of stakeholders. With years of experience in journalism, production and communication, her work boasts an unique framework of practical and theoretical know-how.

I approach communications with a systems perspective, derived in large part from my academic formation in political science and international relations. This theoretical framework is the lens through which I view the world and the exchange of information within said world. My background in journalism is a big influencer. This rigorous training in research, persistence, interviewing and critical assessment has heavily shaped my approach by giving it a strong, practical touch.

There is much science* in this world, and precious little effective communication about said science. Yet it is everywhere, from the inner workings of our brain, the soil that grows our food, the spinning of our earth to the very device you’re using to read this sentence. It is our great quest to seek explanation and truth in a vast world of uncertainty and unpredictability. It is a wonderful journey to discover, invent and push the boundaries of human knowledge.

Science is also a remarkably challenging thing to communicate. It rarely yields rapid results, requiring patience and a willingness to wait for the long-term pay-off. Yet it’s crucial importance to the well-being and development of our world makes it arguably the most important thing of all to communicate.

*The use of the word 'science' is very generously applied in this context... it denotes the study of vast range of complex subjects from food and agriculture, environmental sustainability, economy, policy to technological innovation and beyond 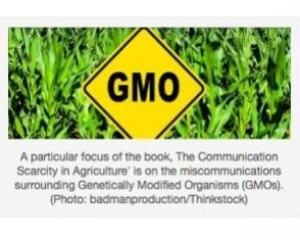 Authors attempt to explain 'The Communication Scarcity in Agriculture'

One focus of the book is miscommunication surrounding GMOs.

Authors Jessica Eise and Whitney Hodde explain that the ramifications of a poorly informed consumer based are becoming clear in their new book, The Communication Scarcity in Agriculture.

The agricultural sector, explain the two authors, was unaccustomed to an interested and inquisitive public. As such, with the rise of the Food Movement, it largely failed to respond to the public’s demands for information. Instead, corporations, time-pressed journalists, bloggers, media celebrities, film-makers, authors and concerned consumers jumped in to fill the void... read more.