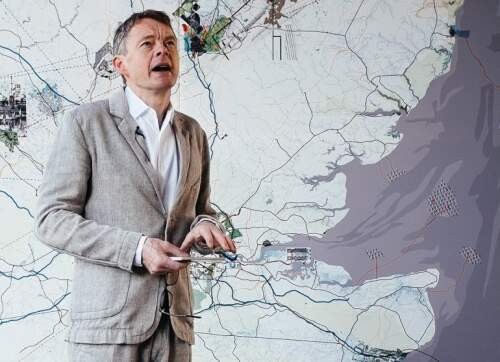 Dr Tom Holbrook came to architecture tangentially, co-founding 5th Studio in 1997 as a spatial design agency, working across the fields of architecture, urban design, infrastructure and landscape. In combination with practice, Tom is Professor of Architecture and Industry Fellow at RMIT University. He leads Urban Studies at the London School of Architecture & is Visiting Professor at the Politecnico di Milano.

Professor Tom Holbrook’s design research has developed an approach to strategic thinking that explores the dynamic between architecture and the scale of infrastructure and landscape. The relationship between research and practice has encouraged design innovation and a fresh attitude towards conservation, environmental sustainability and complex regeneration projects.

Tom came to architecture tangentially from a background in film-making and theatre. He was apprenticed as a Stage Carpenter. He studied at Kingston Polytechnic and the University of Cambridge, and returned there to teach two years after qualifying. He co-founded 5th Studio in 1997.

Tom is a regular visiting critic and lecturer at various universities.  He holds a research professorship at RMIT University, Barcelona, Melbourne and Ho Chi Minh City. He contributes to teaching at the London School of Economics Cities Programme and at Central St Martins. He is part of the founding group for the new London School of Architecture.

Tom regularly contributes critical writing and opinion to a variety of media; he is a founder member of the London Legacy Development Corporation’s Quality Panel for the Olympic Park, the design panel for HS2, the UK’s highspeed rail project, and a design advisor to the Greater London Authority.  He is a member of Theatrum Mundi - an international network of urbanists and artists that offers a forum for cross-disciplinary discussion about cultural and public space in the city.

"Holbrook skilfully acts as both impresario and ethical husbander; the former at ease weaving and diving as opportunistic entrepreneur, the latter immersed in a legacy of English socialism. This is an apposite piece of research, offering spatial intelligence as a basis for synthesised thought to unpick the current conundrum of planning and governance." 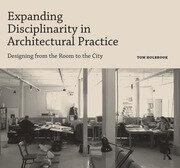