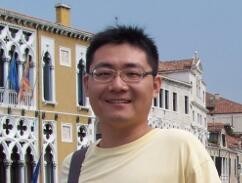 Tengfei Liu received the B.E. degree in Automation and the M.E. degree in Control Theory and Control Engineering from South China University of Technology, in 2005 and 2007, respectively. He received the Ph.D. degree in Engineering from the Australian National University in 2011. Tengfei Liu is a visiting assistant professor at Polytechnic Institute of New York University. His research interests include stability theory, robust nonlinear control, quantized control, distributed control and their