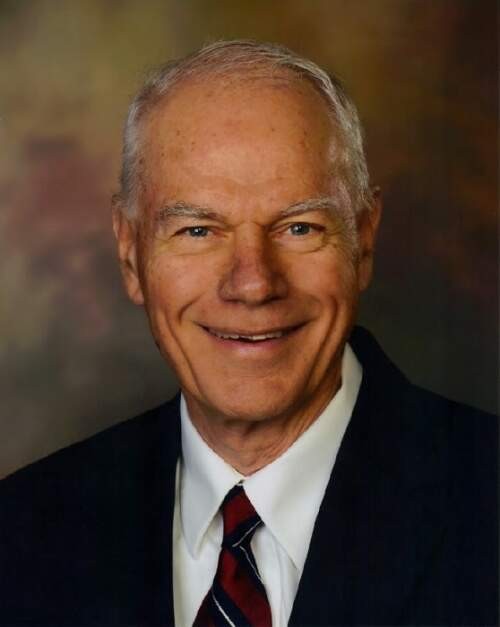 J. David Irwin joined Auburn University, Alabama, in 1969, and is currently the Earle C. Williams Eminent Scholar in the Electrical and Computer Engineering Department. He is the author or co-author of numerous publications, including 17 textbooks. He has held numerous positions within the IEEE. He is a Life Fellow of the IEEE and a Fellow of both the ASEE and the AAAS.

Dave Irwin was born in Minneapolis MN. He moved to Montgomery AL as a child and grew up there. He attended Auburn University and the University of Tennessee at Knoxville. He worked at Bell Telephone Laboratories prior to moving back to Auburn AL where he currently resides.

Dave is currently a Professor in the Electrical and Computer Engineering Department at Auburn University. Education: B.E.E. Auburn University, 1961, M.S. and PhD, University of Tennessee, Knoxville, 1962 and 1967, respectively.

In the publication arena, he is author and co-author of numerous publications, papers, patents and presentations including eighteen textbooks, some of which are translated into foreign languages for use worldwide. These texts, that span a wide spectrum of engineering subjects, are published by Macmillan Publishing Company, Prentice Hall Book Company, John Wiley and Sons Book Company, CRC Press and the IEEE Press. He is also the Editor-in-Chief of a large handbook and Co-Editor-in-Chief of another, both of which are published by the CRC Press. He also serves the CRC Press as the Co-Series Editor for Industrial Electronics.

Dave has received a number of awards. He is a Life-Fellow of the Institute of Electrical and Electronic Engineers (IEEE) , a Fellow of the American Society for Engineering Education (ASEE), and a Fellow of the American Association for the Advancement of Science (AAAS). He received an IEEE Centennial Medal in 1984. He was awarded the Bliss Medal by the Society of American Military Engineers in 1985. He received the IEEE Industrial Electronics Society's Anthony J. Hornfeck Outstanding Service Award in 1986, was named IEEE Region III (U. S. Southeastern Region) Outstanding Engineering Educator in 1989. In 1991 he received a Meritorious Service Citation from the IEEE Educational Activities Board, the 1991 Eugene Mittelmann Achievement Award from the IEEE Industrial Electronics Society, and the 1991 Achievement Award from the IEEE Education Society. In 1992, he was named a Distinguished Auburn Engineer. In 1993, he received the IEEE Education Society's McGraw Hill/Jacob Millman Award, and in 1998 he was the recipient of the IEEE Undergraduate Teaching Award. In 2000, he received an IEEE Third Millennium Medal and the IEEE Richard M. Emberson Award. In 2001, he received the American Society for Engineering Education's (ASEE) ECE Distinguished Educator Award. He was made an Honorary Professor, Institute for Semiconductors, Chinese Academy of Science, Beijing, China in 2004. In 2005, he received the IEEE Education Society's Meritorious Service Award. In 2006, he received the IEEE Educational Activities Board Vice President's Recognition Award, in 2007 he was given the Auburn University Presidential Award for Excellence and the Diplome of Honour, University of Patras, Greece. In 2008 he received the IEEE-IES TC on Factory Automation's Lifetime Achievement Award, and in 2010 he received the ECE Department Heads Association’s Robert M. Janowiak Outstanding Leadership and Service Award. He recently received the 2013 IEEE James H. Mulligan Jr. Education Medal. In addition, he was elected to the following honor societies: Sigma Xi, Phi Kappa Phi, Tau Beta Pi, Eta Kappa Nu, Pi Mu Epsilon, and Omicron Delta Kappa.

In 2009, in recognition of the numerous contributions made to Auburn University, the Board of Trustees declared that the Electrical and Computer Engineering Department’s conference room would be named the J. David Irwin Conference Room. In 2010, the IEEE Industrial Electronics Society created the J. David Irwin Early Career Award in recognition of the many contributions made to the development of young professionals. The award is given annually to outstanding IEEE members throughout the world.

Introduction to Computer Networks and Cybersecurity

Tune in with CRC Press esteemed author, J. David Irwin, as he discusses his new book with Chwan-Hwa (John) Wu, Introduction to Computer Networks and Cybersecurity.