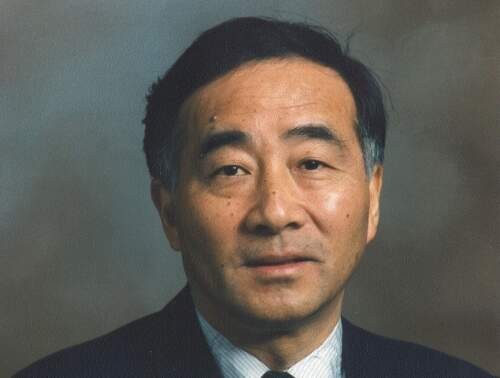 Professor and Head Emeritus
Department of Electrical Engineering and Computer Science, University of Illinois at Chicago

Dr. Wai-Kai Chen received the B.S. and the M.S. degrees in electrical engineering from Ohio University in 1960 and 1961, and the Ph.D. degree from the University of Illinois at Urbana-Champaign in February 1964.  From 1964 to 1981 he was with Ohio University, where he rose from Assistant Professor, to Associate Professor, to Full Professor, and to become a Distinguished Professor of Electrical Engineering in 1978.  During the Academic Year 1970-1971, he was a Visiting Associate Professor at Purdue University, and for the Fall Semester 1979 he was a Visiting Professor at University of Hawaii at Manoa.  From 1981 to 2001, he was Professor and Head of the Department of Electrical Engineering and Computer Science at the University of Illinois at Chicago.
Professor Chen is a recipient of the 1967 Lester R. Ford Award of the Mathematical Association of America.  He received a Research Institute Fellow Award from Ohio University in 1972, an Outstanding Educator of America Award in 1973, and a Baker Fund Award in 1974 and also in 1978 from Ohio University.  He is a Fellow of the IEEE and American Association for the Advancement of Science. In 1978, he received the Distinguished Professor Award from Ohio University. He was awarded Honorary Professorships by a dozen major universities in China and Taiwan.  He was presented an Alexander von Humboldt Award (Senior U.S. Scientist Award) by Alexander von Humboldt-Stiftung, Federal Republic of Germany in 1985. He received a JSPS Fellowship Award from the Japan Society for the Promotion of Science and a Senior University Scholar Award from the University of Illinois in 1986 and 1995, respectively. He was awarded a Medal of Merit for Distinguished Achievement in Engineering Education from Ohio University in 1987, a Distinguished Alumnus Award from the University of Illinois at Urbana-Champaign in 1988, and a Distinguished Alumnus Award from National Taipei University of Technology in 2002. He received the Meritorious Service Award in 1997, the Education Award in 1998, and the Golden Jubilee Medal in 2000 from IEEE Circuits and Systems Society, and the Third Millennium Medal in 2000 from the IEEE. He was also presented 2000 Faculty Research Award from University of Illinois at Chicago.
He was General Chairman of the 1989 International Conference on Circuits and Systems, and General Chairman of the 1993 IEEE International Symposium on Circuits and Systems.  He was an Associate Editor and later Editor of the IEEE Transactions on Circuits and Systems, Series I and II, a member of the Administrative Committee, Executive Vice President, and President of the IEEE Circuits and Systems Society.  He was an Associate Editor of the Journal of Circuits, Systems and Signal Processing. Currently, he is the Founding Editor and Editor-in-Chief of the Journal of Circuits Systems and Computers, Editor-in-Chief for the Advanced Series in Electrical and Computer Engineering and the Advanced Series in Circuits and Systems, World Scientific Publishing Co., and Editor for the Advanced Series in Electrical and Computer Engineering, the Imperial College Press, England.
Professor Chen is the author of 35 books, 10 contributed book chapters, 161 refereed journal articles, 50 invited papers, and 73 national and international conference presentations. He is widely known in the profession for his Applied Graph Theory (North-Holland), Theory and Design of Broadband Matching Networks (Pergamon Press), Active Network and Feedback Amplifier Theory (McGraw-Hill), Linear Networks and Systems (Brooks/Cole), Passive and Active Filters: Theory and Implements (John Wiley), Theory of Nets: Flows in Networks (Wiley-Interscience), The Circuits and Filters Handbook, 3rd edition (CRC Press/Taylor and Francis Group), The VLSI Handbook, 2nd edition (CRC Press/Taylor and Francis Group), and The Electrical Engineering Handbook (Academic Press).
Dr. Chen is Professor and Head Emeritus, University of Illinois at Chicago. His research interests are in VLSI circuits, broadband matching, active networks, filters, and applied graph theory especially its applications to parallel computations.

Professor Chen has extensive experience in education and industry and is very active professionally in the fields of circuits and systems. He has served as visiting professor at Purdue University, University of Hawaii at Manoa, and Chuo University in Tokyo, Japan. He was Editor-in-Chief of the IEEE Transactions on Circuits and Systems, Series I and II, President of the IEEE Circuits and Systems Society and is the Founding Editor and Editor-in-Chief of the Journal of Circuits, Systems and Computers.