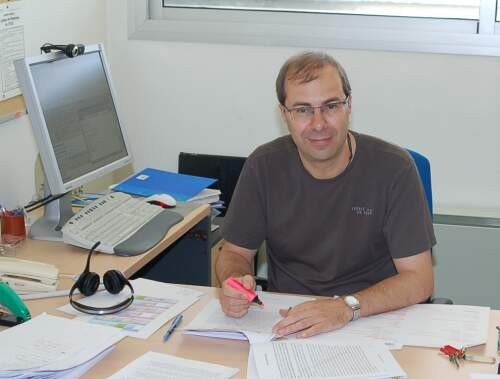 Javier Campos joined the University of Zaragoza, Spain, in 1986, and is currently a Professor of Computer Science in the Computer Science and Systems Engineering Department. He has been Co-Chair of the IEEE IES Technical Sub-Committee on Industrial Automated Systems and Controls and Associate Editor of IEEE Transactions on Industrial Informatics.

Javier Campos was born in Jaca (Spain) in 1963. He received an M.Sc. degree in applied mathematics and a Ph.D. degree in systems engineering and computer science (with Extraordinary Doctorate Award) from the University of Zaragoza, Spain, in 1986 and 1990, respectively. In 1986 he joined the Dept. of Electrical Engineering and Computer Science of the University of Zaragoza. He was the Director of the Master’s Degree in Computer Science from 1993 to 1997 and the Director of the Computer Science and Systems Engineering Dept. from 2001 to 2003. In 2005, Dr. Campos was appointed Full Professor at the same Department, after winning one of the first two national competitive habilitation positions announced. He has been awarded with five five-years-teaching bonuses by the University of Zaragoza and four six-years-research bonuses by the National Commission for the Evaluation of Research Activity.