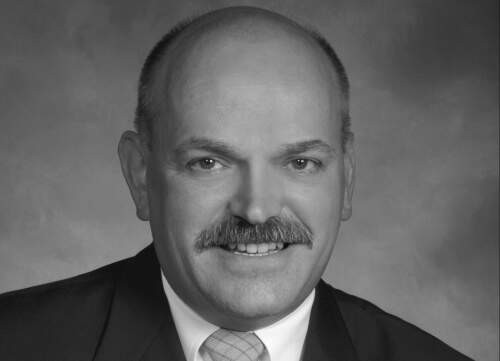 Antoon A. Leenaars, Ph.D., C.Psych., a mental health, public health, and forensic psychologist, has conducted influential research on death and suicide (including among Indigenous, police, and military), and was the founding Editor-in-Chief of the Routledge journal, Archives of Suicide Research. He is a recipient of numerous national and international awards and honors. Dr. Leenaars has provided forensic services in cases of wrongful death, suicide, homicide-suicide, homicide, and accidents.

Dr. Antoon A. Leenaars is a registered psychologist in private practice in mental health, public health, and forensic sciences in Windsor, Canada. He was Senior Advisor with the Norwegian Institute of Public Health, Division of Mental Health, Norway, member (Researcher) of the Faculty (Dept. of Clinical and Health Psychology) at the University of Leiden, The Netherlands, and member (Adjunct Lecturer) of the Faculty (Dept. of Public Health Sciences) at the Karolinska Institutet, Sweden. He collaborated with the Dept. of Forensic Medicine & Toxicology, All India Institute of Medical Sciences, New Delhi, India. His main mentor was Dr. Edwin Shneidman, a Father of Suicidology. He is the first Past President of the Canadian Association for Suicide Prevention (CASP), and a Past President of the American Association of Suicidology (AAS), the only non-American to have served in that role to date. He has collaborated with over 100 colleagues in 30 nations, and has published over 230 professional articles/chapters on violence, trauma, suicide, police suicide, military suicide, altruistic suicide, Indigenous suicide, suicide notes, homicide, homicide-suicide, AIDS, genocide, terrorism, DNA analysis, forensic science, psychotherapy, gun control, ethical/legal issues, and related topics. He has published 14 books, including, Psychotherapy with Suicidal People (John Wiley & Sons, UK), Suicide and Homicide-Suicide among Police (Baywood Publ. Co., US/Taylor & Francis), Suicide among the Armed Forces (Baywood Publ. Co./Taylor & Francis), The Psychological Autopsy (Routledge, UK/US. In Press) and was the founding/first Editor-in-Chief of Archives of Suicide Research, the official journal of the International Academy for Suicide Research (IASR). Dr. Leenaars was the Senior Editor of the world report, Suicide among Indigenous Peoples: The Research, the first international volume of its kind. Dr. Leenaars is a recipient of the International Association for Suicide Prevention’s biannual Stengel Award, CASP’s Research Award, and AAS’s Shneidman Award, for outstanding contributions in research in suicidology. He was awarded the status of Fellow of the Canadian Psychological Association (CPA) for distinguished contribution to the advancement of the discipline of psychology in Canada. He received the inaugural CASP’s President Award, for service to the people in Canada. He was awarded Brock University’s Recognition of Excellence among Alumni. He is recognized for his international efforts in suicide prevention; for example, in the Arctic, and Lithuania (the country with the world’s highest suicide rate), and has consulted for the World Health Organization (WHO); for example, World Report on Violence and Health, Preventing Disease through Healthy Environments, Teach VIP), institutions, and governments around the world. Dr. Leenaars has been featured in national and international media (from The New Yorker to the Wagawaga Daily) and has served as an expert investigator/witness on cases of wrongful death, suicide, homicide, and homicide-suicide for police services, coroners and lawyers (e.g., lead investigator in the homicide-suicide of police officers Dave Lucio-Kelly Johnson; The State of Indiana vs. Bei Bei Shuai). He is listed in Canadian Who’s Who, and lectures regularly worldwide on topics related to suicidology.

The best way to grasp the essence of death scene investigation (DSI) is to witness its application, called the psychological autopsy, by an expert forensic scientist/clinician. This remarkable book affords the opportunity to delve into the challenges that the forensic mental health specialist and public safety professional confront in DSI. Suicides, and often death, are complex, multidetermined events. People, whether police investigator or mental health professional, are generally perplexed, and even confused, when they are confronted by the equivocal case. Was it a suicide? Homicide? Accident? These are critical questions. Dr. Leenaars shows that DSI is, however, not mysterious; the reader can learn the generally accepted, evidence-based protocols of the psychological autopsy. Illuminated by individual (idiographic) case studies and general (nomothetic) research, this definitive guide allows the investigator to uncover the bare bones of a suicide or death.