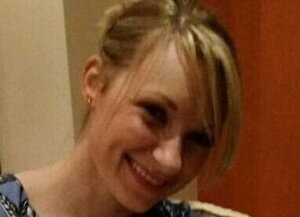 Mary Shanahan is Lecturer in Education (Religious Education) at St. Angela’s College, Sligo. Her recent publications include: An Ethics of/for the Future? (Cambridge Scholars Press, 2014), and, co-edited with Ian Leask et al, The Taylor Effect: Responding to a Secular Age (Cambridge Scholars Publishing, 2010). Her research interests include: religious education, Catholic education, ethical education, the ethics of maternity, and the philosophy of friendship.

Mary Shanahan is Lecturer in Education (Religious Education) at St. Angela’s College, Sligo. She received a BEd from Mater Dei Institute of Education (2004) and an MA in Philosophy from University College Dublin (2005), where she also completed her PhD (2011). Trained as a post-primary teacher of religious education and English, Mary commenced her career at post-primary level before making the transition to third-level teaching and research. She has taught philosophy and religious education at: St. Patrick's College, Drumcondra (DCU), Mater Dei Institute (DCU), National University of Ireland Maynooth, University College Dublin, and St. Patrick's College, Thurles.

Her recent publications include: An Ethics of/for the Future? (Cambridge Scholars Press, 2014); ‘A Pregnant Space: Levinas, Ethics, and Maternity’, in An Ethics of/for the Future? (2014); co-edited with Ian Leask et al, The Taylor Effect: Responding to a Secular Age (Cambridge Scholars Publishing, 2010); ‘Establishing an Ethical Community: Taylor and the Christian Self’, in The Taylor Effect: Responding to a Secular Age (2010); ‘Responsible Reciprocity: Ethical Friendship in Plato and Levinas’, Yearbook of the Irish Philosophical Society, 10 (February, 2010). Mary is currently developing a series of articles on the ethics of maternity which she hopes will form the basis of a monograph on the subject. She is also currently working on a book project on the theme of ethical education. Additionally, Mary regularly contributes books reviews to a variety of journals and she is a peer reviewer for Peter Lang and the International Journal of Philosophical Studies.

Mary's professional affiliations are numerous and she is: Member of the Royal Irish Academy Ethical, Political, Legal and Philosophical Studies Committee; Committee Member of the Irish Philosophical Society; Member of the Advisory Board of the Irish Centre for Religious Education; Member of the Council for Justice and Peace (Irish Catholic Bishops’ Conference). She has recently been invited to participate in the all-Ireland scholarly project, 'Sharing Beliefs, Sharing Education', which a joint venture between Dublin City University and Queen's University Belfast.

Previous to her employment at St. Angela's, Mary has taught the following modules at a range of higher education institutes: Philosophy of Education, Introduction to Religious Studies, The Question of God, Foundations and Approaches to Religious Education, Communicating the Faith, The Hermeneutics of Irish Identity, Philosophy of Religion, Human Beings and the Universe, Ethos and Education, The Search for Answers, Readings in Religious Education. Mary has also supervised several M.A. theses and undergraduate dissertations in the areas of religious education, ethical education, and philosophy.

Mary's research interests are many but her primary interests are: religious education, Catholic education, ethics, ethics of pregnancy and maternity, philosophy of friendship, Plato, Levinas, and contemporary Continental philosophy. Mary has published in these areas and is currently concentrating on two areas: (i) the ethics of pregnancy and maternity, paying particular attention to Levinas, and, (ii) ethical education, with a focus on religious education.

Mary is a avid reader and enjoys few things more than settling down to read a good novel. She also likes to read as many books as she can find on the topics of maternity, pregnancy, and ethical education. Mary has been known to write the occasional poem or short story but has yet to publish any of this work. Outside of this, Mary enjoys exercise and spending time with her family.