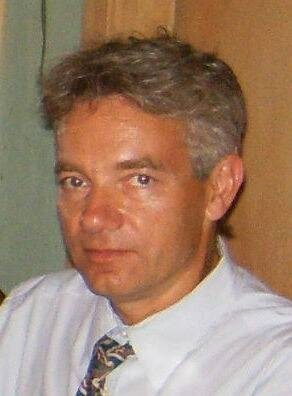 Dr. Marek Turowski received his M.Sc. and Ph.D. degrees in Electronics Engineering from the Technical University of Lodz, Poland, in 1983 and 1992, respectively. Dr. Turowski has over 30 years of experience in modeling and computer simulation (numerical methods, algorithms, models, and simulation techniques) for multi-domain (electrical, electromagnetic, optical, thermal, and mechanical) analysis, semiconductor physics, design, and optimization of electronic devices and integrated circuits (ICs), electromagnetic fields, photonic devices, optoelectronic systems, high-frequency ICs, and Micro-Electro-Mechanical Systems (MEMS). He performed a part of his doctoral research at LAAS-CNRS in Toulouse, France, on physics-based modeling of semiconductor devices. In 1992-93 he was a Post-Doctoral Research Fellow at the University of Sydney, Australia, working on 3D modeling of electromagnetic fields in electric machines and transformers. He collaborated with international industry and academia on modeling of electromagnetic fields and losses in power transformers, e.g. in Poland, Italy, Spain, Portugal, India, and USA. In 1996-98 he was with the Dept. of Electrical Engineering, University of Kentucky in Lexington, Kentucky, USA, developing novel models for semiconductor devices. From Sept. 1998 to April 2013, he was a full-time employee of CFD Research Corporation (CFDRC) in Huntsville, Alabama, USA, where lately he was the Director of Nano Electronics & Plasma Technologies. Since May 2013 he has been with Robust Chip Inc. in Pleasanton, California, the company devoted to the reliability of electronic integrated circuits. He has been an author or co-author of over 50 journal papers and book chapters, and over 155 conference papers and presentations. Senior Member of IEEE, Electron Device Society, and Nuclear and Plasma Sciences Society. He has been reviewer for IEEE Transactions on Device and Materials Reliability, IEEE Trans. on CAD, on Nuclear Science, and Materials Science and Engineering B. He has led numerous projects in modeling and computer-aided design (CAD) for electronic semiconductor devices, optoelectronics & photonics (solar cells, sensors, photodetectors, VCSELs), electromagnetics in RF ICs (DARPA NeoCAD), thermal issues in electronics, MEMS, novel physical design tools for 3D/stacked ICs (DARPA 3DIC Program, 2002-2005), and radiation effects in modern submicron semiconductor devices, ICs, and solar cells (AFRL 1999-2004; MDA 2003; DARPA/Mission Research 2004-05; DTRA 2005-11; AFRL 2005-06; NASA projects on Rad-Hard Space Electronics & Photonics (Quantum Dot Solar Cells) 2005-09;  DOE SBIR on Radiation Detectors, 2006-07; DTRA project on Radiation Effects in High-Speed Compound Semiconductor Microelectronics (2008-2011); NASA projects on Radiation Hardening of Space Electronics for Extreme Environments (2007-2013); AFOSR and DTRA projects on Radiation Effects in Solar Cells and Photodetectors (2008-2013) and radiation-hardening of the advanced ultra deep submicron semiconductor technologies, devices, and ICs (2012-2014).