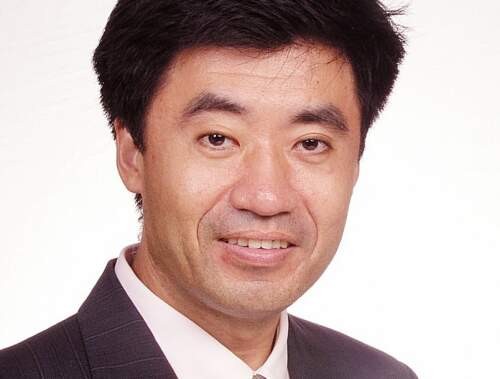 Shuzhi Sam Ge is a professor in the Department of Electrical and Computer Engineering and director of the Social Robotics Laboratory, Interactive Digital Media Institute, at the National University of Singapore, and director of the Robotics Institute at the University of Electronic Science and Technology of China in Chengdu. He has co-authored five books and published more than 300 international journal and conference papers.

Shuzhi Sam Ge received
the B.Sc. degree from Beijing University
of Aeronautics and Astronautics, Beijing, China,
in 1986, and the Ph.D. degree and the Diploma
of Imperial College from the Imperial College of
Science, Technology, and Medicine, University of
London, London, U.K., in 1993.
He is the founding Director of the Social Robotics
Laboratory, Interactive Digital Media Institute, National
University of Singapore, Singapore, where he
is also a Professor with the Department of Electrical
and Computer Engineering. He has (co)authored three books entitled Adaptive
Neural Network Control of Robotic Manipulators (World Scientific, 1998),
Stable Adaptive Neural Network Control (Kluwer, 2001), and Switched Linear
Systems: Control and Design (Springer-Verlag, 2005) and edited the book Autonomous
Mobile Robots: Sensing, Control, Decision Making and Applications
(Taylor & Francis, 2006) and over 300 international journal and conference papers.
He provides technical consultancy to industrial and government agencies.
His current research interests include social robotics, multimedia fusion, adaptive
control, intelligent systems, and artificial intelligence.
Dr. Ge was the recipient of the Changjiang Guest Professor, Ministry of
Education, China, 2008, the Outstanding Overseas Young Research Award,
National Science Foundation, China, 2004, the Inaugural Temasek Young
Investigator Award, Singapore, 2002, and the Outstanding Young Researcher
Award, National University of Singapore, 2001. He had served/been serving
as an Associate Editor for a number of flagship journals including the IEEE
TRANSACTIONS ON AUTOMATIC CONTROL, IEEE TRANSACTIONS ON CONTROL
SYSTEMS TECHNOLOGY, and IEEE TRANSACTIONS ON NEURAL NETWORKS.
He is the Editor-in-Chief of the International Journal of Social Robotics
(Springer) and the Associate Editor of Automatica. He has been serving/served
as the Vice President of Technical Activities, 2009–2010, an elected member of
the Board of Governors, 2007–2009, and the Chair of the Technical Committee
on Intelligent Control, 2005–2008, for the IEEE Control Systems Society. He is the Director of the Robotic Institute, University of Electronic Science and Technology of China, Chengdu.