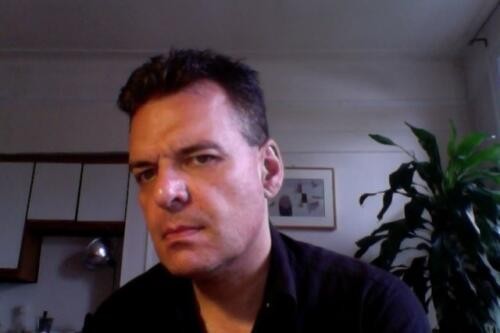 Vladan Nikolic is an award-winning filmmaker, whose films have screened worldwide; he was among the digital filmmaking pioneers in the 1990’s, and later produced and directed one of the first transmedia-related feature films, Zenith (2010), which received a worldwide cult following online. Vladan has lectured and led workshops and seminars at various universities and professional institutions in the US and internationally.

Vladan Nikolic is an independent filmmaker and associate professor at The New School in New York, where he teaches filmmaking and transmedia production classes. He has made numerous feature films and documentaries, which have won awards and critical acclaim in the US and internationally. He has been hailed as a “visionary director” by the LA Times, and his films, which often don't conform to conventional linear narrative frameworks, lauded by many other film critics.

Vladan was among the digital filmmaking pioneers in the '90s, shooting his first feature "Burn" on consumer camcorders, and teaching the first digital filmmaking courses at The New School and at New York University. His second feature, "Love" (2005) premiered at the Venice and Tribeca film festivals to critical acclaim. It went on to win awards at film festivals in Geneva, Switzerland, Barcelona, Spain, and the Best Director Award at the Tiburon International Film Festival. In 2010 he wrote, directed and produced the feature film "Zenith," which is also part of an extensive trans-media project. The film has been released in a unique and innovative way, combining theatrical, video, and online releases over multiple platforms, receiving a cult following worldwide.

Trailer for the film ZENITH

Trailer for the futuristic film "Zenith," which was part of an elaborate transmedia project, extending the film over 50+ content-rich websites and multiple media platform releases.

Trailer for the film "Allure"

Based on true stories, ALLURE is a process-driven film, where director Vladan Nikolic and actors worked together through a series of improvisations to tell the stories of five women in New York, who come from five very different countries. Each one struggles to overcome her personal conflict, set against the Occupy Wall Street movements of 2011. These stories touch and inform each other, and create a larger narrative about gender, emigration, power, class, and personal politics.