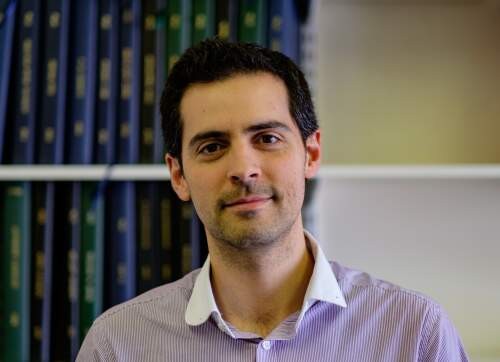 Ioannis Tsioulakis is a Lecturer in Anthropology at Queen’s University Belfast, with a focus on ethnomusicology and popular music. He is currently researching the impact of ‘The Greek Crisis’ on local musicking in Athens. He is co-editor of the volume Musicians and their Audiences: Performance, Speech and Mediation (Routledge, 2016). Ioannis is also a professional pianist, composer and arranger who has performed and recorded extensively within the Greek popular music scene.

Dr Ioannis Tsioulakis is Lecturer in Anthropology and Ethnomusicology in the School of History, Anthropology, Philosophy and Politics since September 2013. He has previously lectured in ethnomusicology at University College Cork and University College Dublin. Ioannis completed his undergraduate studies in the Department of Music Studies at the National and Kapodistrian University of Athens. Following this, he specialised in ethnomusicology and social anthropology, completing his MA (2006) and PhD (2011) at Queen’s University Belfast. Ioannis’s doctoral thesis, entitled ‘Working or Playing? Power, Aesthetics and Cosmopolitanism among Professional Musicians in Athens’, concentrated on the diverse socio-cultural worlds of music-making in the Greek capital. His particular focus was on cosmopolitan aspirations among local music practitioners and the way that they affect social relations, markets of musical labour, and discourses of value and aesthetics in popular music. More specifically, his doctoral dissertation elaborated on the dichotomy between ‘work’ and ‘play’ and its role as a conceptual framework for the experience of professional musicking in Athens.

His work has been published in Ethnomusicology Forum and the Irish Journal of Anthropology, as well as numerous edited volumes. Alongside Elina Hytonen-Ng, Ioannis Tsioulakis is editor of the recent volume Musicians and their Audiences: Performance, Speech and Mediation (Routlegde, 2016).

Ioannis has also worked extensively as a professional musician (pianist, arranger and composer) and a music teacher (piano and music theory). He is a founding member of the Greek band Checkmate in Two Flats with whom he often records and performs in Greece and abroad. Ioannis is currently Webmaster of the Anthropological Association of Ireland, and Associate Editor of the Irish Journal of Anthropology.

Ioannis’s main research has focused on the impact of globalisation and the world music market upon Greek subcultures and their conceptions of musical creativity. His current research is concentrating on the cross-cultural examination of the phenomenon of music professionalism and the way that it shapes understandings of musical competence, aesthetics, and the social dynamics of local ‘scenes’.

The ethnographic study of modalities of discursive resistance among music practitioners

The impact of the current economic/political crisis on ideas of transnationalism, cosmopolitanism, and eclecticism within popular music-making in Greece and the wider Mediterranean