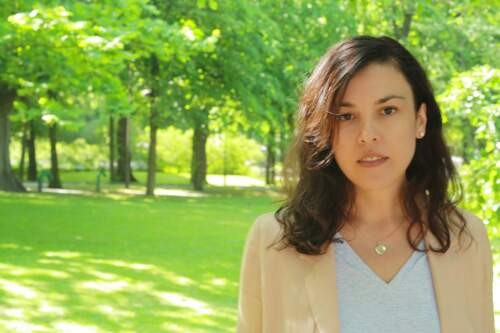 Merima Bruncevic’s main research fields are intellectual property law, art law and legal philosophy. Her areas of interest include legal theory, continental philosophy, and cultural heritage law. She employs the theories developed by Gilles Deleuze and Félix Guattari in her research mainly in order to discuss the cognitive openness of law as well as concepts such as cultural commons. She teaches legal philosophy and intellectual property law at the Department of Law, Gothenburg University.

Merima Bruncevic, LLD is Senior Lecturer in Legal Philosophy and Intellectual Property Law at the Department of Law, School of Business, Economics and Law, University of Gothenburg. She earned an LLD in Jurisprudence from the University of Gothenburg in June 2014 and an LLM in Entertainment Law from University of Westminster, London in 2005. She is based in Gothenburg, Sweden, but has previously studied, lived and worked in London, UK for over six years. She is currently guest researcher at Universita Degli Studi Roma Tre in Rome, Italy.

Prior to commencing her doctoral research in 2009 Merima worked as Intellectual Property Manager at the Walt Disney Company in London, UK. In November 2014 Merima was invited to consult the Swedish government on the Swedish implementation of the Second Protocol of Hague Convention for the Protection of Cultural Property in the Event of Armed Conflict, Ds 2014:36. She delivered her consultation in February 2015.

Merima has had several articles published in well-renowned international law journals. She has been invited to present at a number of international conferences, including invitations as keynote speaker. Together with Jannice Käll she has written the book Modern Immaterialratt (Modern Intellectual Property Law). It has been published in Swedish in September 2016.