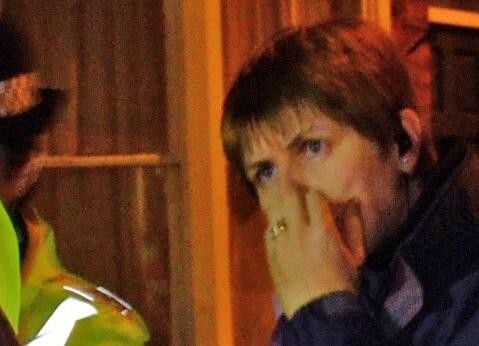 Vanessa Mawer works as a trainer in event safety and with event organisers in managing safety at their events. Prior to this, as a police officer, she was responsible for putting together the policing of many planned and spontaneous events. In this role she was also one of the founders of Lincolnshire Event Safety Partnership, a multi-agency group who work with event organisers to ensure safe and successful events.

Vanessa has spent many years working with agencies and event organisers, advising, educating and implementing event safety.
Vanessa retired from Lincolnshire Police in 2013, after 30 years’ service.
During her service she worked in both rural and urban environments, and was also a Tutor Constable, a First Aid and Personal Safety trainer and a county wide major incident controller. She was involved in policing the miners' strike, 'reclaim the streets', poll tax protests and the fuel dispute, as well as national animal rights day of actions.
From 2002 Vanessa worked as the event planner for the policing of planned events such as the Lincoln Christmas Market, a four day event during December which attracts approximately 250,000 people, and RAF Waddington International Airshow, supporting and advising RAF personnel with no or limited prior event knowledge and experience. Vanessa also worked with and at approximately 200 smaller scale events, ranging from funfairs, steam rallies, community days, town centre events, specialist markets to firework events, music events, cycle races and agricultural and county shows. She was also responsible for planning the policing arrangements for Armed Forces funerals, football matches and a variety of protests, and was a nationally accredited public order tactical advisor.
In 2005 she worked with organisers and planned the policing for an Islamic event, being held three weeks after the London bombings, and in 2009 she was responsible for writing plans to deal with animal rights issues which arose at a previously unknown breeding location of international significance.
Alongside her police role, Vanessa worked with other agencies to promote event safety and was one of the original members responsible in the inception of Lincolnshire Event Safety Advisory Group (LESAG), now Lincolnshire Event Safety Partnership (LESP).
Vanessa has helped write the LESP handbook to support event organisers in holding successful and safe events, and has also been responsible for holding event safety awareness training in Lincolnshire.
Vanessa remains a member of LESP as an Independent Advisor, and continues to arrange training courses and support organisers in event safety awareness training. She continues to work in the event industry, both in training on event safety such as facilitating at University of Lincoln Events Management degree and working at events, such as the National Cycling Road Race Championships 2015.
Vanessa is an Associate Tutor for EPC, formerly Emergency Planning College, leading on the courses Public Safety at Festivals and Mass Gatherings, and Working in Event Controls, and was part of the team from EPC who supported Royal Borough of Greenwich on the Tall Ships Regatta in September 2014.
2016 sees Vanessa working with Airshows, Lincoln Cycle Grand Prix and ‘Wave’; the poppy installation at Lincoln Castle.
Vanessa has attended many courses relating to event safety; Public Safety at Festivals and Mass Gatherings, Crowd Dynamics, Applied Crowd Dynamics, Crowd Movement, Management and Modelling, Working on Safety Advisory Groups, IOSH Managing Safely in the Events and Exhibitions Industry as well as IOSH General Risk Assessor. She has also completed the Award in Education and Training and an RAF Post Crash Management Incident Officer’s course.
Vanessa also holds a Diploma in Events Safety Management from University of Derby.