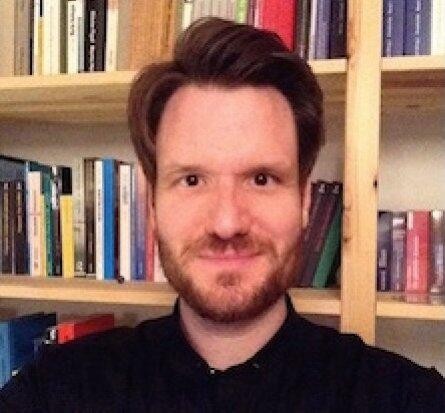 Thomas Hilgers is a research associate at the Kunstakademie Düsseldorf and the DFG-Priority Program 1688. He received his PhD in philosophy from the University of Pennsylvania in December 2010. His fields of research are aesthetics, philosophy of film, philosophy of technology, metaphysics, and the history of German philosophy since Kant.

So far, Hilgers has mostly been working on the nature and value of aesthetic experiences and judgments, the ontology of film, and the concept of art. Methodologically, his work is influenced by transcendental philosophy, phenomenology, analytic philosophy, and critical theory. In particular, it very much relies on a critical engagement with Kant, German Idealism, Schopenhauer, Heidegger, Gadamer, and Adorno. In the future, Hilgers will focus on developing satisfying accounts of subjectivity and freedom, and will work on the nature and implications of digital technologies. In general, he belongs to those philosophers who intend to bridge the still existing gulf between the traditions of so-called analytic and continental philosophies.

Aesthetics and Philosophy of Art
Philosophy of Film and of the Visual Media
Philosophy of Technology
Metaphysics (Theories of Subjectivity, Selfhood, and Freedom)
History of German Philosophy (especially Kant, Schopenhauer, Heidegger, and Adorno)