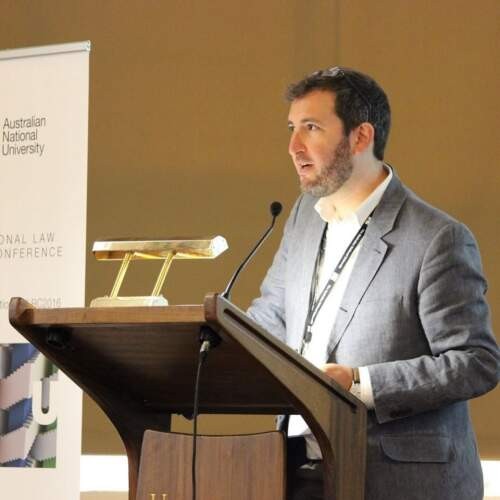 Dr Ron Levy is an Senior Lecturer in law at the Australian National University. He researches and writes on law and political theory: especially constitutional law, the law of politics, and deliberative democracy. He is the winner of several research awards and has helped to inaugurate a field at the crossroads of law and politics: the law of deliberative democracy. His books include The Law of Deliberative Democracy and The Cambridge Handbook of Deliberative Constitutionalism.

Dr Ron Levy researches and writes on public law and political theory, especially constitutional law, the law of politics, and deliberative democracy. He is the winner of several research awards including grants from the Canadian Social Sciences and Humanities Research Council and the Australian Research Council.

Ron co-wrote The Law of Deliberative Democracy (Routledge, 2016, with Graeme Orr) and was guest co-editor-in-chief of the Election Law Journal for its 2013 symposium issue on the same topic. He is also the lead editor of The Cambridge Handbook of Deliberative Constitutionalism (CUP, forthcoming, with Hoi Kong, Jeff King and Graeme Orr). Other projects include studies of constitutional reform via deliberative democracy in conflict societies. He has published works in leading journals and books - in six countries and four languages.

Ron co-directs the Project on Deliberative Governance and Law, hosted jointly at ANU and McGill University. The project is an international network of scholars advancing research on institutional innovations based on studies of law, governance and deliberative democracy; and a platform for innovative ideas to influence domestic and international approaches to governance.