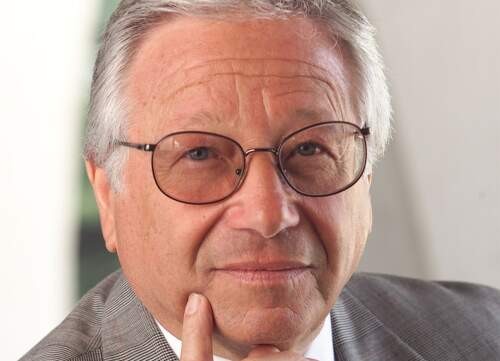 Irwin W. Sherman, Professor Emeritus at the University of California (Riverside) is currently a Visiting Professor in the School of Medicine at the University of California at San Diego. His laboratory research centered on the biochemistry of malaria parasites and resulted in more than 150 scholarly papers. He has taught Invertebrate Zoology, Parasitology, Introductory Biology and a course on Disease and History: From Bubonic Plague to AIDS.

Born on the lower East Side of New York on February 12, 1933, he grew up in the South Bronx, attending local elementary (Public School 93), junior high (Herman Ridder) and high (James Monroe) schools; he graduated with honors in Biology from the City College of New York (CCNY). During a two-year tour of duty with the U.S. Army in Europe, where he worked in a medical laboratory, he became enamored with infectious disease agents. Upon discharge from the Army and return to the U.S. he enrolled in and graduated from Northwestern University where he received Masters (1959) and Ph.D. (1960) degrees. He extended his graduate studies on the biochemistry of malaria in the laboratory of William Trager at the Rockefeller University as an NIH post-doctoral fellow (1960-1962). He then took a position at the University of California (Riverside) where he rose through the academic ranks becoming Professor (1970), Dean of the College of Natural and Agricultural Sciences  (1981-88) and Acting Executive Vice Chancellor (1993-94). He served as Chairman of the Academic Senate (Riverside Division) for 7 years (1997-2004).


Sherman received the CCNY Ward Medal for excellence in Biology (1957), was a Guggenheim Fellow (1966-67) at the Carlsberg Biologic Institute in Copenhagen, Denmark, a member of the NIH Tropical Medicine and Parasitology Study Section (1970-1973), chairman and member of the Parasitic Diseases Study Group (1975-1979) where he advised the US Army Medical Research and Development Command and the Walter Reed Army Institute of Research, a member of the World Health Organization Steering Committee on the Chemotherapy of Malaria (1978-1986) and a consultant on vaccine development for the Agency for International Development  (1983-1991), a member of the Advisory Committee for Fulbright Scholar Awards (1985-1987), member of the Burroughs Wellcome Molecular Parasitology Awards (1984-1992) and held research fellowships at the National Institute for Medical Research, Mill Hill, UK (1973-1974), the Walter and Eliza Hall Institute, Melbourne, Australia (1986) and the Scripps Research Institute. La Jolla, CA (1990-1991). He served on the editorial boards of Experimental Parasitology, Molecular and Biochemical Parasitology and the Journal of Eukaryotic Microbiology. He was a visiting Investigator at the Scripps Research Institute (2004-2012) and currently is a Visiting Professor at the University of California San Diego School of Medicine.

He has written 2 books in collaboration with his wife (The Invertebrates: Function and Form; Biology: A Human Approach) as well as: The Power of Plagues, Twelve Diseases That Changed Our World, Reflections on a Century of Malaria Biochemistry, The Elusive Malaria Vaccine, Miracle or Mirage?’ Magic Bullets to Conquer Malaria, The Malaria Genome Projects: Promise, Progress, Prospects, Malaria Vaccines: The Continuing Quest, Drugs That Changed the World: How Therapeutic Agents Shaped Our Lives, and edited 2 volumes (Plasmodium: Parasite Biology, Pathogenesis and Protection; Molecular Approaches to Malaria).