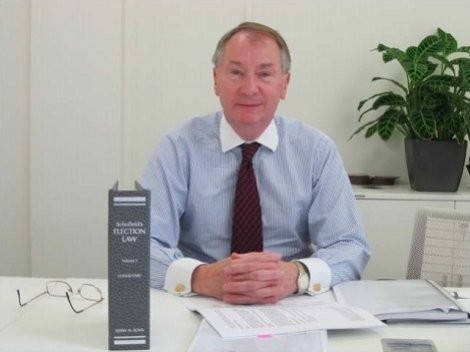 Dr R.J.B.Morris, O.B.E. is a retired local government Chief Executive and lawyer with over 40 years’ interest in local legislation.

Roger Morris was born in Abergavenny, Monmouthshire, U.K. and brought up in St Helens, Lancashire, from where he attended Liverpool College (1955-64) and read Law at Peterhouse, Cambridge (1964-67).  He was also awarded the postgraduate Cambridge LL.B. and LL.M. degrees in 1971 and 1975 respectively, and in 2015 was awarded a Ph.D. and the status of Honorary Visiting Fellow by Leicester University. His thesis subject was mid-Victorian local legislation, since published as Local Government, Local Legislation (below).

After early career experience in local government law at St. Helens and Grimsby, in April 1981 he became Chief Executive of the City of Durham, moving in June 1986 to become Chief Executive and Town Clerk of Northampton Borough Council.  He retired from there in July 2004.

Roger Morris was professionally active in local government throughout his career, and was President of the Association of District Secretaries in 1979-80, President of SOLACE in 1995-96, and also President of its trade union counterpart ALACE for some years up to 2004.  He has been a member of the Law Society’s Board for its Diploma of Local Government Law and Practice since its inception in 1982, and has chaired it for some twenty years.  He still has a current Solicitor’s practising certificate.

Roger Morris was Chairman of the Corporation of Northampton College from 2005 to 2015, and remains a Governor; he was also Chair of the Association of Colleges Governors’ Council (and the elected member for the East Midlands Region) from 2009 to 2014; he is a Trustee (and Deputy Chair) of the Victoria County History Trust for Northamptonshire; and a consultant for the Association of Local Authority Chief Executives (ALACE). He was awarded an OBE for services to further education in the 2014 Birthday Honours.