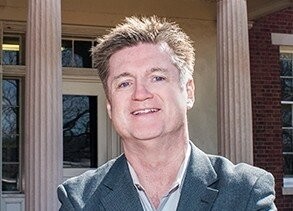 Dr. Peter D. O’Neill received his doctorate in English from the University of Southern California in 2010. His work has appeared in journals such as, the Irish Studies Review, the Journal of American Studies, and Atlantic Studies: Global Currents. His teaching and research interests include comparative ethnic American literatures, transnational American studies, state theory, comparative racialization, Irish diaspora studies, cultural studies, and postcolonial theory.

Peter D. O’Neill was born in Derry and educated at St. Columb’s College, and Derry Tech. He graduated with a B.A. in Sociology from Leeds University, where he was tutored by Zygmunt Bauman. After a few decades toiling in San Francisco’s non-profits arts sector, O’Neill returned to the academic life to gain an M.A. in Creative Writing from San Francisco State University. In 2004 he was admitted to the Ph.D. program in English at the University of Southern California, where he worked with David Lloyd, the Irish studies and postcolonial studies scholar. While at USC, O’Neill also studied under the Americanist John Carlos Rowe. With Lloyd and Rowe as his guides, O’Neill charted a transoceanic course of study that led eventually to the award of his Ph.D. in 2010 and his appointment as an assistant professor in comparative literature at the University of Georgia in 2011.

He is married to Professor Diane Marie Amann, holder of the Emily & Ernest Woodruff Chair in International Law at the University of Georgia School of Law. Their son, Tiernan Hugh Amann O’Neill, is an undergraduate at UCLA.

Football in the global sense