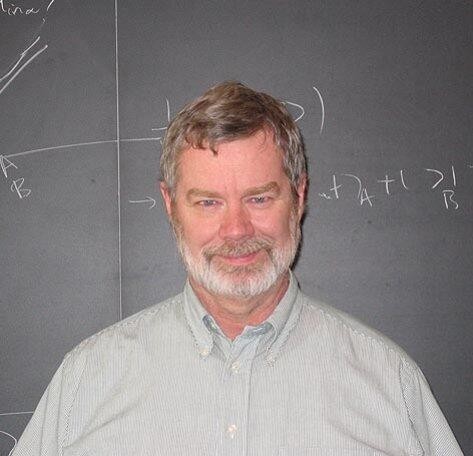 I somehow always knew that I wanted to work in theoretical elementary particle physics and have been fortunate in that my career almost exactly coincided with the development and testing of the Standard Model. After studying at MIT, Berkeley, and Rockefeller, I spent most of my professional life at Penn, specializing in the connection of theory and experiment. I retired from Penn in 2006, and am continuing my activities at the Institute for Advanced Study and Princeton University.

I was born in Chicago in 1946, and somehow always knew that I wanted to enter the field of theoretical elementary particle physics. I have been fortunate in that my professional career almost exactly coincided with the development and testing of the Standard Model of particle physics. After studying at MIT and Berkeley, I did postdoctoral work at Rockefeller University and Penn. I remained at Penn for most of my professional life, teaching, carrying out research trying to connect theory and experiment in particle physics, and eventually becoming Chair of the Department of Physics and Astronomy. I retired from Penn in 2006, and am continuing my research and other activities at the Institute for Advanced Study and Princeton University. There I enjoy interacting with young scientists and look forward with great anticipation to future physics discoveries from the Large Hadron Collider (LHC).

In 2009 I completed an advanced text and reference book on particle physics, "The Standard Model and Beyond", for CRC Press. A second, updated and expanded, edition will be published in 2017. I also written or edited several books and proceedings, including "Precision Tests of the Standard Electroweak Model" (World Scientific, 1995) and "Can the Laws of Physics Be Unified?" (Princeton University Press, 2017), and numerous review articles and research papers. I have held editorial positions with Physical Review D, Physical Review Letters, Reviews of Modern Physics, and Annual Reviews of Nuclear and Particle Science; have served on HEPAP and on the Executive Committee of the Division of Particles and Fields of the American Physical Society;  have twice been the scientific director of the Theoretical Advanced Study Institute (TASI);  have lectured at numerous advanced schools; and have several times taught the graduate course in High Energy Physics at Princeton.

Since 1983 I have been married to Irmgard Langacker. We enjoy travel, classical music and opera, and visiting with our grandchildren.