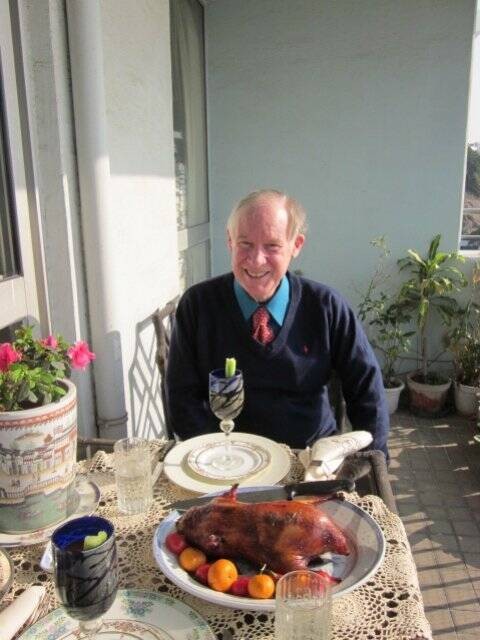 Lynn’s books cover stages of Chinese politics: *Careers in Shanghai*, on consolidation during the 1950s *Policies of Chaos*, on backgrounds of 1960s violence *Unstately Power*, 2-vol. book on local reforms in China 1970+; won AAS Prize as best book of its year on modern China *Political Booms in East China, Taiwan, Thailand and the Philippines* *Philippine Politics: Possibilities and Problems in a Localist Democracy* *Democratization in Hong Kong - and China??* (comparative politics)

Lynn’s books have covered the major stages of Chinese politics since 1949, and he relates China’s development to that of Southeast Asian countries:

- *Careers in Shanghai* (about revolutionary consolidation in China during the 1950s and its effects on the residents of China's largest city),

- *Policies of Chaos* (about the social background of 1960s violence in the Cultural Revolution),

- *Unstately Power* (a two-volume book on local reforms in China, 1970+, of which the first won the Association for Asian Studies Levenson Prize as the best book of its year on modern China),

- *Philippine Politics: Possibilities and Problems in a Localist Democracy* (a book that explores causes of economic and political stagnancy in that country on the basis of a paradigm emphasizing local entrepreneur-leaders who led economic and political change in specific periods of politics in Taiwan, Thailand, and East China) , and

- *Democratization in Hong Kong - and China?* (a book of comparative politics, linking factors that help or hinder popular sovereignty to their effectiveness over different spans of time; the question mark is the main part of this title).

Lynn continues to write about local politics in China, especially in the Yangzi delta flatland around Shanghai.  He provides evidence that China’s “reforms” (if they are considered as a behavioral phenomenon) grew from an advent of agricultural mechanization and triple-cropping in the late 1960s and early 1970s, not in 1978 as most writers say.  Socialist planning for most commodities ended in the mid-1980s because rural factories bid up the prices of rural factors that they processed to levels that state industries lacked money to buy.  These economic changes changed China’s politics, and the substance of reforms after 1989 has largely aimed to re-centralize governance to extend party-state longevity.  Reforms since 1970 have been varied and not continuous.  Lynn is interested in looking at politics within non-state institutions, at their effects on state structure, and at both unintended situations and leaders’ intentions (but not just those of central leaders) when explaining Chinese development.

Lynn is a lifetime member of the Association for Asian Studies and of the American Political Science Association.  He learns a great deal when attending annual meetings of such groups, and he especially enjoys serving as discussant on panels concerning Asian politics.

For more about his personal interests, please see additional information below.

- Local politics in China, especially in the rich flatlands surrounding Shanghai.
- Links between economic and political change, citing both situational and normative causes.
- Taiwan politics, cross-Strait relations, and whether fairness and peace can be reconciled in them.
- Southeast Asian politics, especially in Thailand and the Philippines.

Lynn and his wife have visited Hong Kong for many years – and love that city as well as Shanghai.  Long ago, they worked in Kyoto, and before that in Taipei.

Advising good students has been one of Lynn’s main joys, and he keeps up with them whenever possible.  A great majority of his former dissertation advisees now have tenured jobs in Asian politics, and he helps current doctoral students in both Princeton and Berkeley.

In his spare time, Lynn sings bass in choral groups.  He and his wife enjoy operas, walking, contradancing, folkdancing, and cruising.  They spend springs and autumns in Princeton, and winters and summers in Berkeley.