He was a lieutenant with the Kettering Police Department in Ohio where he has served for 33 years. Prior to that he worked for the Cincinnati Police Department and the Deer Park Police Department in Ohio. During his time as an officer he has performed in many areas, from working a beat in patrol to detective where he was involved in almost every type of crime from theft to homicide, as a sergeant in charge of a platoon to supervising the detective section. With his promotion to lieutenant he has worked as the commander of the criminal investigation division and is currently assigned as the Watch Commander to the First Watch (midnights).

He has earned many certifications during his career. He is a certified fraud examiner, certified in forensic and clinical hypnosis, hostage negotiator and defensive tactics instructor. He has supervised the K-9 program, bicycle program, volunteer traffic program, motorcycle patrol, field training officer program, defensive tactics program, COP team, and the physical fitness program.

He created one of the nation’s first integrated use of force training programs taking officers from verbal to deadly force scenarios during training. He has authored eight books and had articles published in police magazines and journals and martial arts magazines.

He has instructed classes in several police academies in Ohio, the Ohio National Guard, as well as been a guest instructor for national conferences for police instructors and in the field of witness interviewing with forensic hypnosis. He has also appeared on radio talk programs regarding personal safety and as a guest instructor at the Malice Domestic Mystery Writers Conference in Washington D.C.  he is also the author of six books. 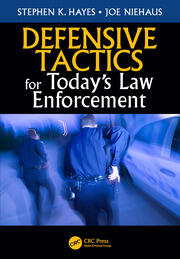 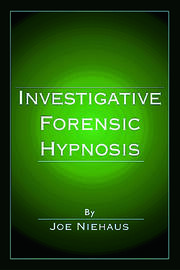