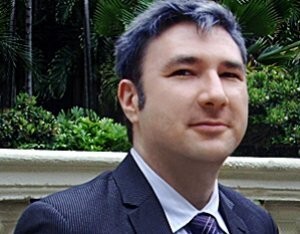 Michael Betancourt is a research artist and theorist who has been working on the links between media theory and media practice since 1989. His writing has been translated into Chinese, French, German, Greek, Italian, Japanese, Persian, Portuguese, and Spanish, and been published in magazines such as The Atlantic, Make Magazine, Millennium Film Journal, Leonardo, Semiotica, and CTheory. These publications complement his movies, which have screened internationally.

As a theorist, he is concerned with the relationship of heuristic and hermeneutic approaches to media. His understanding of the connections between production and theory are informed by his work on convergence of digital technology and capitalist ideology. His theory of digital capitalism is a materialist approach to globalized financialization, digital technology, and autonomous production. This media critical approach prioritizes audience interpretations over ideology, a central part of the critical framework advanced in his books.