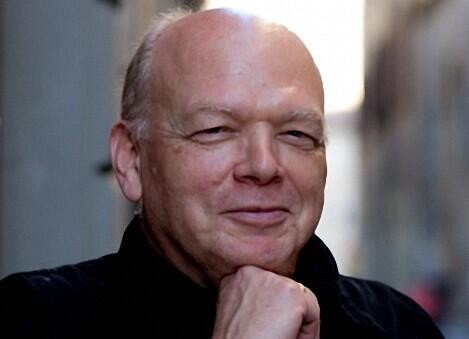 Tom Wolsky has worked in film and television for over 40 years. He has also been a classroom teacher and instructor for Apple Education, as well as for Digital Media Academy, where he taught Final Cut Pro. Tom is the author of several Final Cut and video production instructional books as well as training DVDs and online instruction. Photo/Olav Njaastad

Tom began his career in television in London as a writer, producer, and technician on productions for the BBC, London Weekend Television, and others, before joining ABC News. He was an operations manager and producer for ABC in London, Overseas Producer for World News This Morning and Good Morning America news segments, responsible for all morning reports from Europe, the  Middle East, Africa and occasionally  Asia, including live shows from major news events from the assassination of Indira Gandhi until the fall of the Berlin Wall. He was location producer for Presidential trips to Bonn and Lagos, Nigeria, the Paris Bicentennial of the French Revolution, and the Venice, Rome, and London summits, the historic Reagan-Gorbachev meeting in Geneva, and at NATO headquarters in Brussels, handled operations from Queen Elizabeth II Silver Jubilee through the wedding of Charles and Diana, and in Teheran during the hostage crisis and coordinated from London the worldwide coverage of their release from Tehran to Athens to Algeria and Frankfurt. Soon after the fall of the Berlin Wall he moved to New York as news tape and editorial producer for Good Morning America and World News Now.

Since leaving ABC he has had his own production company creating corporate communications and documentaries and was Editorial Vice-President for the National Podcasting System, for content creation for corporate clients’ video and audio podcasts. He is a founding director and senior instructor for the Digital Media Academy at Stanford. For 25 years he taught, authored books on Final Cut Pro X, legacy Final Cut Pro, and Final Cut Express for Focal Press, and training DVDs and online instruction for Final Cut Pro, Final Cut Studio, Final Cut Express, and Mac OS X with Class on Demand. His Class On Demand training has won multiple Telly and Horizon Interactive awards. He wrote the first tutorial book for Final Cut Pro with accompanying project files and media that was published in 2001. He has given trainings around the country for Apple Education, providing instruction in Final Cut Pro, Final Cut Express, iLife, Podcasting, and iPod Touch classroom deployment. In addition he co-authored Apple’s classroom instruction for Video Journalism. He has taught with Dirck Halstead and Beth Corwin the Platypus Workshops for professional photojournalists at Maine Media Workshops in Rockport, Florence, Italy, and other locations. He trains and consults around the country and overseas, and is an active presence on a number of online forums, the Apple Support Communities, fcp.co, and Facebook groups.