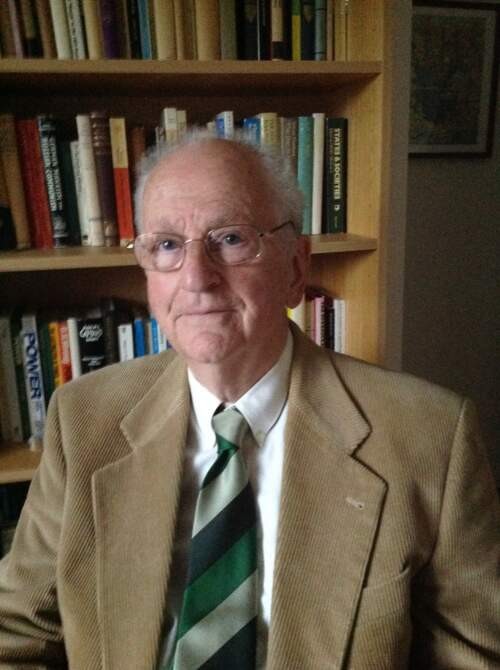 Brian retired from a career in academia during which he taught at Universities in the UK, Nigeria and Canada, and, from 1970-72, at the Civil Service College. His interest in the subject of his latest book, the relationship between the judiciary and democratization in post-authoritarian states, was stimulated by studying international support for the rule of law, for his book on Good Governance and Development (2007).

During his career Brian held tenured posts at the Universities of Exeter, Bath, and Dundee. From 1965-66 he was seconded to the Institute of Administration, Ahmadu Bello University, Nigeria; and from 1970-72 to the Civil Service College, tutoring on Management and Administration courses for Administrative Trainees, Principals, and other senior civil servants. He held visiting appointments at Scarborough College, University of Toronto (1979), the School of Public Administration, Carleton University (1980 and 1981), the Federalism Research Centre at the Australian National University (1991), and the Centre for Research in Public Sector Management at the University of Canberra (1995).
He edited the Public Administration Bulletin from 1970-76 and Public Administration and Development from 1984 to 1992. He carried out consultancies for the Commonwealth Secretariat in 1988, 1991and 1992; the Food and Agriculture Organisation of the United Nations in 1989; the Department for International Developmen in 1999; and the Danish Centre for Development Research in 1999.
Other works include Good Governance and Development (Palgrave Macmillan, 2007) and Understanding Third World Politics, fourth edition (Palgrave Macmillan, 2013).

Public administration (with particular reference to decentralization); the politics of developing countries; the relationship between the judiciary and the process of democratization in post-authoritarian states.

Classical music and detective fiction. Having family members in Australia and Canada means he travel a lot.