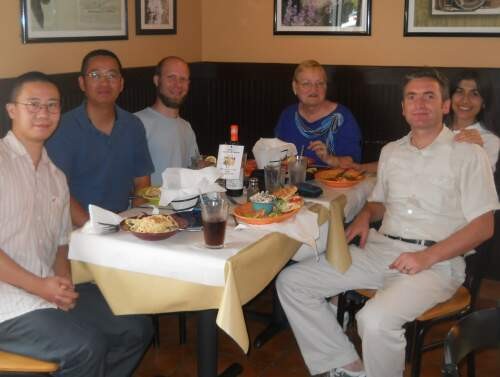 Eminent Scholar and Davies, Fischer and Eckes Professor of Biological Control
University of Florida, Department of Entomology and Nematology

Marjorie A. Hoy, Ph.D, is an eminent scholar at the University of Florida, Gainesville. She is internationally recognized for research on biological control, genetic improvement of natural enemies, and developing molecular tools for use in IPM programs. She has worked to improve the control of pest mites in apples, pears, almonds and grapes using integrated-pest management concepts.

Hoy was born in Kansas City, KS, and attended the University of Kansas, receiving her B.A. with a major in zoology and a minor in entomology, graduating Phi Beta Kappa.  She then earned an M.S. at the University of California–Berkeley (UCB).  Between her M.S. and Ph.D, she taught entomology and genetics courses at Fresno State University and worked at the Kearney Agricultural Center in Parlier, CA on biological control of spider mites in vineyards.  After completing the Ph.D. at UC-Berkeley, she took a position at the Connecticut Agricultural Experiment Station, followed by a position at the U.S. Forest Service Laboratory in Hamden, CT working on genetic improvement of gypsy moth parasitoids.  In 1976, she returned to Berkeley as an assistant professor and attained the rank of full professor while conducting research on integrated pest management of insect and mites in apples, pears, almonds, grapes and citrus.  In 1992, she accepted an eminent scholar and endowed chair position at the University of Florida where she conducted classical biological control programs against three invasive pests.
Hoy’s research has focused on the use of genetic tools to improve biological control of pests in agriculture.  She and her graduate students developed strains of the predatory mite Metaseiulus occidentalis that are resistant to pesticides or are unable to diapause.  One pesticide-resistant strain was used in an IPM program for spider mites in almond orchards in CA.  Other natural enemies were selected, as well, but the limits of artificial selection led to Hoy turning to transgenesis as a possible tool for improving natural enemies.  Her release of a transgenic strain containing a marker gene in 1996 helped to define some of the risk issues associated with releasing transgenic arthropods into the environment.
Dr. Hoy conducted classical biological control programs directed against invasive pests of citrus in Florida between 1992 and 2008, introducing parasitoids for the citrus leafminer, Asian citrus psyllid and brown citrus aphid.  Currently, she and colleagues have sequenced the transcriptome and genome of  the predatory mite M. occidentalis and are analyzing the massive amounts of data.

Hoy teaches Agricultural Acarology and Insect Molecular Genetics and published textbooks (Insect Molecular Genetics, now in its third edition, and Agricultural Acarology: Introduction to Integrated Mite Management).  She has published over 300 scientific papers. Hoy has been an invited speaker in countries around the world and has been consulted by the Pew Charitable Trust, the USDA, the FDA, the FAO/IAEA, and the FDA.  She served on the National Academy of Sciences Agricultural Bioterrorism Committee 2001-2002.  Hoy presented the Founders Memorial talk in 1992, was awarded the ESA Bussart award in 1986, was elected a fellow of the AAAS in 1990, the FL Dept. of Agriculture award in 1995, received the USDA Honor Award in 1997, the National Agri-Marketing Award in 1998, the Charles A Black award (CAST) in 2004, and the International Organization of Biological Control award in 2004.

I love to snorkel, kayak, garden, read and knit.  I also love to work with students and introduce them to the joys of research! 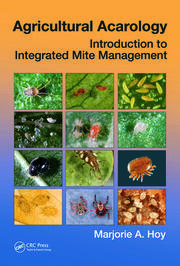