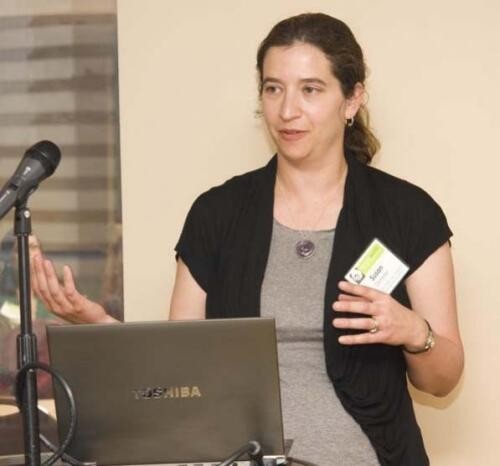 Susan Dieterlen is an environmental scientist and urban designer and the founder of DeftSpace Lab, a research and consulting practice. She is a recent Research Assistant Professor in the School of Architecture at Syracuse University and Faculty Research Fellow at the Syracuse Center of Excellence for Energy and Environmental Systems. Prior to embarking on a research career, Dr. Dieterlen became a registered landscape architect and spent several years in full-time professional practice. She now teaches design studios and interdisciplinary courses at the undergraduate and graduate levels. In addition to an undergraduate professional degree in landscape architecture from Purdue University, Dr. Dieterlen holds a Master of Landscape Architecture and a doctorate from the School of Natural Resources and Environment at the University of Michigan. Her research investigates human behavior and environments during economic transformation, with special emphasis on postindustrial urban wilds, the transition from fossil fuels to clean energy, and immigrant neighborhoods. She is the author of Immigrant Pastoral: Midwestern Landscapes and Mexican-American Neighborhoods (Routledge, 2015), the technical report "Neighborhood Microgrids: Replicability and Revitalization," and multiple peer-reviewed articles and professional publications. Her current book project is Design by Deficit, on the shaping of urban environments and their residents’ lives through chronic municipal budget shortfalls. She also writes the blog City Wild: Unraveling Urban Life and Space. 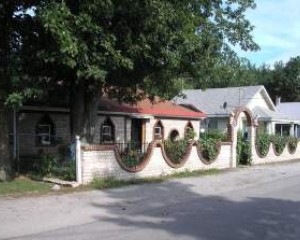 Immigrants, Cities, and Why You Should Care

The second group might well ask what immigration has to do with the business of shaping and managing the built environment, or the environmental design fields of architecture, landscape architecture, planning, and interior design. Isn’t this someone else’s problem? Isn’t someone else better equipped to handle this?

To both groups, I’d say, no, you do need to pay attention to this. Spatial strategies, such as redlining and urban renewal, have long been used to marginalize people within the US. If you have expertise in analyzing and shaping space, you have a contribution to make to creating a more just and equitable country. If you are committed to creating a more just and equitable country, you can’t afford to ignore the way the built environment of our cities, including our small cities, preserves and perpetuates inequality. I invite both groups to learn more about this interplay through my book, Immigrant Pastoral: Midwestern Landscapes and Mexican-American Neighborhoods.

If you aren’t already engaged in social justice work, you may be tempted to tune out anything mentioning immigration after the last year of our national conversation. At times it seems like everyone is yelling at someone about immigrants or bans or walls, and one thing all the yellers seem to agree on is that the US faces an ever-increasing number of immigrants, mostly coming across our southern border with Mexico. Right?

#Actualfact 2: this decline in immigration from Mexico isn’t due to tougher border security or harsher immigration policies. It’s about economics, specifically more jobs available in Mexico and fewer jobs available here, especially during the Great Recession. Just like Americans move from place to place to follow jobs, so immigrants who choose to move to the US from Mexico are usually drawn by jobs. And just like younger Americans are more likely to pick up and move for a new job, so too are younger Mexicans more likely to move here, so immigration has also fallen because Mexico’s birthrate has fallen. Fewer young people, fewer immigrants.

Nonetheless, immigration is still today’s news, because reaction to what people believe about immigration -  even if false - is driving American politics. At the same time, immigration from Mexico is yesterday’s news, but that’s another reason to care, not check out. People have been crossing the US-Mexican border since before there was a border, before 1965, when limits on immigration from Mexico first began; before 1848, when the US took the northern half of Mexican territory after winning the Mexican-American War. Our countries share a history, not just a border, and we’ll still share that history in four years, eight years, twenty years, and beyond.

Immigrants impact cities, in ways that take time to develop, but then last for decades, if not generations. I found this impact depends on when the first immigrants in a group arrived and whether new immigrants have continued to arrive since then. How others in the community react to the arrival of new immigrant groups is absolutely key to the impact on the city – their economic and political power extends to shaping the physical environment. This profoundly influences where immigrant groups settle and work, whether they integrate, and how they express cultural differences. That the immigrants in the communities I studied were of Mexican descent appeared to matter less than their status as a separate and distinct group (the Other). While a few landscape characteristics, such as using the front yard as a social space, did echo the use of space in Mexico and the Southwestern US, my overall findings could have been similar for immigrants from Ghana or Vietnam, because it was less about the immigrants themselves and more about the reaction from everyone else.

Immigrants matter to the future of US cities and towns, like the Rustbelt places I studied, because immigrants renovate homes, start businesses, and renew churches and schools, as this New York Times profile of an Iowa meatpacking town illustrates. The many places in the US that have suffered from increasing globalization and mechanization need exactly this kind of immigrant revitalization. I saw this at work, particularly in the New Communities I studied. Realistic solutions to the challenges of the Rust Belt need to take advantage of every strength available. That means capitalizing on immigrant energy and drive.

In the Established Communities I studied, I saw how social and economic inequality become entrenched in a city’s landscape, which then preserves and perpetuates that inequality. The built environment is expensive to construct and to change, so it tends to endure: it doesn’t change unless someone wants to change it and can pay for that change. The values embodied in the built environment therefore persist, hidden in plain sight, carrying decisions made long ago about who has a right to the city and who belongs there into the future. In the same way, decisions we make today about mundane issues like housing and front yards therefore matter, as immigrants and refugees arrive. The environment shaped by these decisions will cast a long shadow over equality and integration for decades to come. In a small but real way, these decisions and the environment they shape form the country we will have and we will pass on to our children, a topic well worth your time and attention.