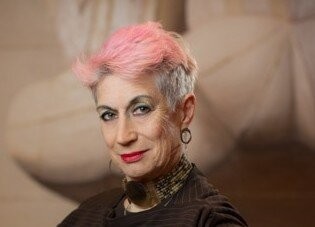 Before moving to Wits and Brown in 2014, I was Professor at Queensland, Melbourne and Monash universities in Australia. I have worked in Australian communities and in Southeast Asia, East Asia, and Africa on inequality, immigration and social exclusion, the social determinants of infectious and chronic disease, and gender and sexuality. My publications include Surface Tensions (2011) and Technologies of Sexuality, Identity and Sexual Health (ed., 2012). I edit the journal Medical Anthropology.

I am Distinguished Professor in Public Health and Medical Anthropology in the School of Public Health, The University of the Witwatersrand, Johannesburg, South Africa. I joined Wits as a member of faculty in 2014; previously, from 2004-2013, I was an honorary professor and, in 2008, Hillel Friedland Senior Fellow at the university. I also hold appointment as Visiting Distinguished Professor, Institute at Brown for Environment and Society and Visiting Professor of Anthropology, Brown University, Providence, RI, USA.  In addition, I am honorary professor at Khon Kaen University, Thailand, and adjunct professor in the School of Social Sciences at Monash University.
I was appointed to my first tenured full professorship in 1987, at 36, and held the position, as Professor of Tropical Health, University of Queensland, Australia, from 1988-1998. I then the position of Professor of Women’s Health, University of Melbourne, 1999-2005, and from 2006-2013, Professor of Medical Anthropology in the School of Psychology and Psychiatry, Faculty of Medicine, Nursing and Health Sciences, and the School of Political and Social Inquiry, Faculty of Arts, at Monash University. I was awarded an inaugural Australian Research Council Federation Fellowship in 2001, and took this up at Melbourne and Monash universities from 2002-2007.
I am internationally known for my work in anthropology, social history and public health. I have played a lead role in training and research in inequality, social exclusion and marginality, the social determinants of infectious and chronic disease, gender and sexuality, immigration and ethnicity in Australia, Southeast and East Asia (including Malaysia, China, Thailand, the Philippines and Japan), the Solomon Islands, South Africa and Ghana. Much of my work with Indigenous and immigrants Australians, and in infectious disease, is applied; this includes developing guidelines for practice to enhance access to services and to provide cultural appropriate services.  At the University of the Witwatersrand, I lead a program of work in medical and public health around medical interventions, technology, access and equity, and in this, I work with six postdoctoral research fellows. At Brown University, my work includes a five-year program bringing together the natural and social sciences, humanities and the arts in conversations on environmental change and sustainability. I also teach a course on biodiversity loss, climate change and innovation in the IE/Brown Executive MBA.
I am the author, editor or co-author of some 600 books, articles, book chapters and reports, including Sickness and the State (1996), Surface Tensions: Surgery, Bodily Boundaries and the Social Self (2011), Technologies of Sexuality, Identity and Sexual Health (ed., 2012), and Disclosure in Health and Illness (ed. with Mark Davis, 2014).  I am editor and author, with Elizabeth Cartwright and Anita Hardon, of the Routledge Handbook of Medical Anthropology (2016). In recognition of my contributions to research, I was elected Fellow of the Academy of Social Sciences of Australia in 1995 and Fellow, World Academy of Art and Science, in 2004. In 2016, I was elected a member of the Academy of Science of South Africa, and awarded an A rating by the National Research Foundation of South Africa, acknowledging my status as a leading international researcher.
I have trained to graduation over 150 higher degree students and mentored dozens of others s in Australia, South Africa and elsewhere; reflecting this achievement, I was awarded the American Anthropological Association, Medical Anthropology Students’ Association Mentor Award in 2007, and the Vice Chancellor’s Award for Excellence in Postgraduate Supervision at Monash University in 2013.  In 2016, I received the AAA, Society of Medical Anthropology Career Achievement Award; this award honors an individual who has advanced the field of medical anthropology through career-long contributions to theory or method, and who has been successful in communicating the relevance of medical anthropology to broader publics. I was President of the International Association for the Study of Sexuality, Culture and Society (IASSCS 2001-2003), chairperson of the Program Committee and a member of the Board of Trustees of the World Academy of Art and Science 2010-2011, and member of the steering committee for a project of the Academy of Science of Australia on population, equity, climate change and sustainability. I was a member of the TDR Scientific and Technical Advisory Committee (STAC) (2012-2016). I am presently a member of the Scientific Working Group on Vectors, Environment and Society (2015-2017); the Social Innovations in Health Initiative (2015+) of TDR; and the Scientific Working Group of the WHO Kobe Centre (SWG/WKC, 2017+). I am Chairperson of the Scientific Advisory Group of SEACO (Southeast Asia Community Observatory), Monash University Malaysia, 2014+. Since 2010, I have edited the international journal Medical Anthropology: Cross-Cultural Studies in Health and Illness, and in 2016, I initiated a new series Medical Anthropology: Health, Inequality and Social Justice for Rutgers University Press.