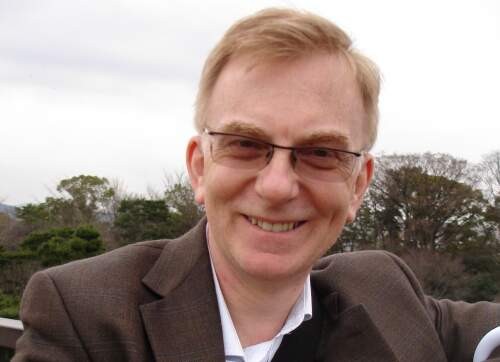 Andrew King is passionately committed to understanding the marginal - not to replace the centre with the marginal, but to reflect on what's at stake in the often violent hierarchies we make between the two. His aim is realised mainly through an exploration of Victorian periodicals, especially popular ones, and those other marginalised printed texts, trade and professional magazines (which far outnumbered fiction-based and "literary" publications).

Andrew King's work on the Victorian period lies at the intersection of literature, history, media studies and sociology. Blending traditional archival work with newer research methods and methodologies, his work emphasises unexpected areas of cultural exchange between popular and élite, and across national and linguistic borders. He currently has two ongoing research projects.

Andrew's most immediate research topic is the extravagant novelist and journalist Ouida (1839–1908), on whom he has written several articles and edited a collection of essays with Jane Jordan (Kingston University) for Routledge (2013 - paperback 2016). He has critically edited Ouida's last completed full-length novel, a scandalous story of political and sexual corruption in Victorian high-life called The Massarenes. His full scale literary biography of Ouida was to Ashgate (now Routledge) and is due in 2017. He's very excited as, by assiduously exploring archives in the UK, USA and Italy and contacting descendants of people she knew, he's discovered previously unknown scandals about her life that she systematically sought to hide.

Andrew King has worked at the University of Greenwich since May 2012. His first degree was in classical and medieval Latin (Reading), and he has MAs in Medieval Studies (Reading) and English (Sussex). He completed his PhD (2000), a history of the nineteenth-century mass-market periodical, The London Journal, at Birkbeck, supervised by Professor Laurel Brake. This later became his first book (now under the Routledge imprint). Since then he has expanded his interest both in popular reading and in another neglected but highly influential area of periodical studies, the low-circulation but high-impact world of trade, business and professional magazines. BLT19 is one of the outgrowths of this.
Having started a career in EFL, he taught his first English literature course at the University of Catania where he began work in 1983. In 1985 he completed his PGCE at the University of Cambridge where he was one of the very few to gain distinctions in both the theoretical and practical aspects of the course. He taught in a school in north London for a year before Catania lured him back for the rest of the 1980s.
Committed to gender equality, in 1990 he left Sicily to support his wife in her career as a British Council officer. As a result he was fortunate to teach English Literature and Cultural Studies for many years at universities in Romania and Poland, and around the UK (Birkbeck, Hertfordshire and Keele). In 1998 he led the joint Romanian government/ British Council project Crossing Cultures, which introduced for the first time the study of gender, class, sexuality and ethnicity into Romanian schools.
Immediately before coming to Greenwich, Andrew had taught since January 2003 at Canterbury Christ Church University where he was senior lecturer and then Reader in Print History.
He was assistant editor of the Dictionary of Nineteenth-Century Journalism (2008), for which he researched around 70 entries both in areas that had been (often surprisingly) not studied before, and in some very well-known subjects, and ran the central VLE for the project where the 200+ contributors deposited and discussed their work. He is general editor of the Victorian Fiction Research Guides in a knowledge exchange partnership with the publisher Victorian Secrets.

He has externally examined numerous PhDs and currently supervises 6 PhD students all in periodical studies or Victorian popular reading.