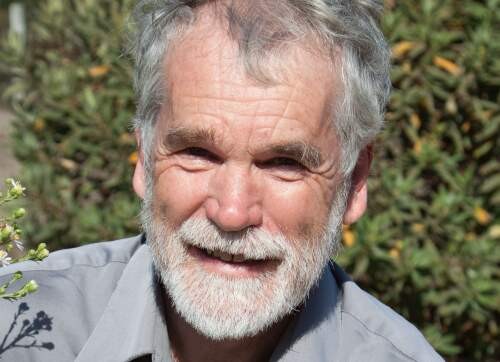 Clive Bagshaw obtained a BSc in Biochemistry at the University of Birmingham and a PhD from the University of Bristol. His thesis involved investigation of muscle myosin ATPase activity using transient kinetic methods.  The resultant kinetic mechanism, proposed together with his supervisor David Trentham, became textbook information.  Following post-doctoral periods at the Universities of Pennsylvania and Oxford, he obtained a lectureship at the University of Leicester, where he taught courses on protein structure and function for 30 years. He continued his research of myosin ATPase activity, initially using a home-built stopped-flow apparatus based on the Gutfreund design. Subsequently, his instrument arsenal was extended, in collaboration with other faculty members, to include commercial stopped-flow, quenched-flow, temperature-jump and flash photolysis instruments. His own research was extended into the mechanisms of myosin  ATPase regulation by Ca2+ ions and the kinetics of non-muscle myosins. He wrote a short textbook on Muscle Contraction in 1982, which was revised and extended in 1993 to include in vitro motility assays. The latter was inspired by a sabbatical period in Jim Spudich's laboratory at Stanford University. On return to Leicester, he constructed a total internal reflectance fluorescence microscope to study ATP turnover by myosin at the single-molecule level. In the search for suitable fluorescence probes, he also studied the photophysics of a number of variants of green fluorescent proteins. More recently, he has been involved in collaborative research on other cytoskeletal proteins, S100 proteins, splicing factors and DNA-based photonic wires. From year 2000, Clive has been an instructor on the biannual EMBO Practical Course on Transient Kinetics held at the University of Kent. In 2002 he obtained a personal chair in physical biochemistry and retired from Leicester University in 2011. This transition was catalyzed by a sabbatical at the University of California at Santa Cruz in the laboratory of Michael Stone, which led to an honorary research position that provided the academic resources and freedom to write this book on kinetics. He continues to assist in research using single-molecule methods to study telomerases and enjoy the spectacular natural history of the Monterey Bay. 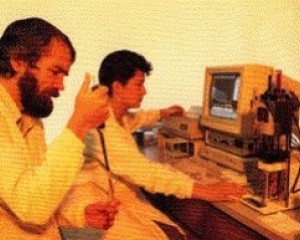 Interview on the background to Biomolecular Kinetics

1. Congratulations on the publication of your book , Biomolecular kinetics: a step-by-step guide (https://www.crcpress.com/9781498727235)! What lead you to writing it?

This book had a long incubation period. I first thought about writing it 20 years ago when numerical integration programs were becoming available which allowed kinetic pathways to be readily solved and visualized without the need for advanced mathematical skills. This approach made analysis much easier, particularly for those with a biological background. However, it was not until I retired from my full-time faculty position that I could devote the time required to write such a book. Fortunately, I found the need for such a book was as great as when I first thought about writing, with the added bonus of being able to include the recently evolving  field of single-molecule kinetics.

A text about biological reaction kinetics with emphasis on transient and single-molecule methods, covering both theory and practice.

The primary audience is graduate students and researchers who have had an introduction to kinetics at an undergraduate level e.g. basic Michaelis-Menten steady-state kinetics, and who now need to apply more advanced kinetic methods in their research. It would be of interest to undergraduate and graduate course instructors who are looking for novel ways to teach kinetics. It should also be read by seasoned academics who have forgotten the difference between a "rate" and a "rate constant" and are confusing the current generation of students in their writing and teaching.

4. What makes your book stand out from its competitors?

Kinetics has a long history and there are many kinetics books on the market. Most older biological kinetics books focus on steady-state methods for characterizing enzymes and pay less attention to transient-state kinetics. Kinetics is also covered in general Biochemistry text books but likewise the focus is usually on steady-state methods.  In my book, apart from enzymology, topics such as protein folding, polymerization and mechanochemical coupling are also considered, with an emphasis on transient-kinetic methods. Many text books still introduce kinetic analysis using out-dated procedures that involve linearization whereas non-linear fitting routines are almost invariably used by researchers today. However, the ready availability of computerized fitting methods brings a new problem of researchers simply clicking a mouse to derive rate constant values. They may have a rather hazy knowledge of what the program is doing and what confidence can be placed in the result. In my book, I introduce the standard analytical solutions relevant to one- and two-step reactions which are the basis of many biochemical mechanisms. Then I encourage the reader to simulate these and more complex mechanisms using numerical methods to gain a more intuitive understanding of how rate constants couple in a reaction pathway. Apart from these theoretical aspects, the practicalities of making measurements, particularly using rapid-reaction methods, are covered. Single-molecule kinetics is also introduced, a topic that is only just reaching other textbooks. Apart from providing novel insight into systems that could not be explored by ensemble methods due to insufficient sample or heterogeneity, single-molecule kinetics provide a excellent way to introduce kinetic concepts. Instead of solving differential equations, reaction kinetics can be introduced as problem in probability that can be addressed by rolling a dice.

5. What is your academic background?

I am a biochemist by training. Following an undergraduate research project at the University of Birmingham, I became inspired by the possibility of using fluorescence to watch proteins in action in real time. Subsequently, I undertook a research project with Dr David Trentham at the University of Bristol, investigating the mechanism of muscle myosin ATPase activity. Here, I had the support from Professor Gutfreund's rapid-reaction laboratory and access to a newly-constructed fluorescence stopped-flow device. I had no intention of making a career around myosin kinetics which initially I thought was rather specialized. However, towards the end of the project, it was becoming apparent that myosin was a central player in many aspects of cell biology. After post-doctoral positions at the Universities of Pennsylvania and Oxford, primarily employing magnetic resonance methods to study myosin, I obtained a lectureship at the University of Leicester. There I returned to exploiting the sensitivity of fluorescence detection to follow biomolecular reactions. During my time at Leicester, other faculty joined the Department who had an interest in kinetic methods and we built up a well-equipped facility to study rapid reactions. Following a sabbatical at Stanford University, I learned the powers of modern optical microscopy to increase the sensitivity of kinetic assays. Back in Leicester I reached the single-molecule detection limit in 1997 with a home-assembled total internal reflectance microscope. After 30 years of teaching and research  at Leicester University, I retired in Santa Cruz, California but negotiated an honorary position in Dr Michael Stone's laboratory at UCSC, where I continue to think kinetics and explore the amazing Natural History of the Monterey Bay.

6. Do you have any events lined up? Attending any conferences?

June 2017 EMBO practical course on The application of kinetic methods to dynamic biological systems at the University of Kent, U.K. ( http://meetings.embo.org/event/17-kinetics). I have had the pleasure of teaching this course biannually since year 2000. The students on this course reflect the intended audience of my book. They are graduate students and researchers who need an understanding of kinetics to fulfil their research projects. Their questions inspired much of the content of my book.

15. Tell us an unusual fact about your book; what do you hope resonates with the reader?

I doubt there are many kinetics books that state that elephants evolved 10^15 seconds ago. Biochemists should be familiar with the time scale of 10^-15 seconds because it relates to the first step of photon absorption by photosynthetic and visual pigments. However, when given on a logarithmic time scale, it is easy to become complacent about time scales and I wanted the reader to stop and think about such magnitudes. One way to do this is to find events on the time scale of 10^15seconds as a mirror.  Another timely relationship is that fluorescence lifetimes are typically around 10^-9 seconds, and are exploited to probe protein dynamics, whereas our own lifetime is of the order of 10^9 seconds. Given these large time spans, it is not surprising that it is a challenge to relate molecular motions, on the time scale of nanoseconds and smaller, to biochemical events that we measure on the millisecond to seconds time scale in typical kinetic assays.

16. What sparked your particular interest in kinetics?

I did not grow up with the intention of becoming a kineticist. It is a topic that grew on me and after some persistence, I found that I had acquired an intuitive understanding of the subject sufficient to characterize some interesting biochemical problems which kept my research funded for over  35 years. In particular, early on, I was amused to find that some mathematically competent (old-school) crystallographers, who were at home with Bessel functions and reciprocal space, seemed quite baffled the way rate constants coupled in reaction pathways. I should add that modern crystallographers seem much more receptive to thinking dynamically, thanks to input from NMR and computer-modelling and some crystallographers are now using continuous flow to examine structural dynamics. I guess one of the sparks was using an analog computer in 1972 to simulate a multistep mechanism. Having a visual output made much more of an impression on me than simply looking at integrated rate equations in a textbook. This ethos I carried forward to my book where I use simple spreadsheet programs to simulate and visualise reaction pathways.  However, my intention is not to abandon traditional analytical approaches but to encourage the reader to think what these equations mean in practice.

17. You’re now a relatively seasoned author! How did your experience in writing this book differ from those that preceded it?

My first book on Muscle Contraction I wrote in 1980, having just obtained a lectureship at the University of Leicester, and was waiting for my grant funding to come through. Although I had not intended to work on the specialized topic of muscle contraction for much of my career, I became hooked at my first muscle conference because it brought together a mix of disciplines unlike other areas of biochemistry at that time. Physicists, chemists and physiologists came together to try to decipher the actomyosin crossbridge mechanism. The topics they covered could not be found in any single introductory textbook, so I decided to write one. As part of a book series with an 80 page limit, the challenge was to edit down my first draft to half its size. I enjoyed asking distinguished scientists if they could sum up the significance of their research career in a couple of sentences because of the page restriction.

Writing this kinetics book was a completely different challenge and experience. Here was a well-trodden topic  which few biologically-oriented undergraduates become inspired to study for its own sake. It is only later in their research activities that deficiencies in understanding become apparent. The main challenge in writing this book was to address long-known topics in an original way, as well as to introduce more recent technologies that are keeping the field alive and well. While I did not have a strict page limit, I still did a lot of editing and tried to focus on the concepts rather than describing a multitude of examples. In particular, I attempted to cover the sticking points that I experienced in my own learning curve or in teaching others over the last 40 years. In addressing feedback on draft chapters I paid as much attention to the comments of current students and young researchers as to those from my peers.