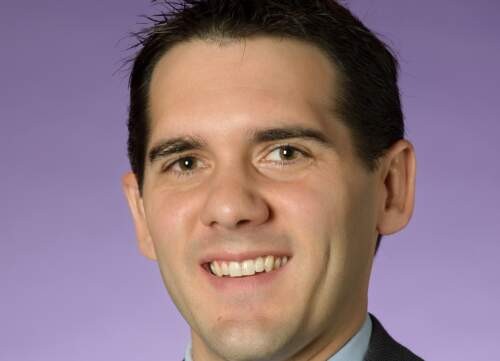 Aaron Chimbel teaches journalism in the Bob Schieffer College of Communication at Texas Christian University. His focus is on digital and broadcast news.

TCU journalism graduate and five-time Emmy Award winning journalist Aaron Chimbel joined the TCU journalism faculty full-time in 2009. He had been an adjunct professor since 2006.

Chimbel teaches a variety of journalism classes and focuses on digital and broadcast news.

His academic writing has been featured in the Newspaper Research Journal, Online Journalism Review, Convergence Newsletter, The Journal of Social Media in Society, MediaShift, Electronic News, Journal of Media Education and College Media Review. He is also the author of “Introduction to Journalism,” a textbook that corresponds with the TCU course of the same name he created, and the editor of "Why I'm a Journalist: Personal Stories from Those Who Cover the News."

Before returning to TCU, Chimbel worked at WFAA-TV in Dallas-Fort Worth. He was hired as likely the first person at any television station to produce original video content for the Web as the “MoJo” or mobile journalist for wfaa.com.

While at WFAA, Chimbel’s work was honored with numerous awards from a variety of major organizations including the National Academy of Television Arts and Sciences, the Radio-TV News Directors Association, the National Press Photographers Association and the Texas Associated Press Broadcasters. He won five Advanced Media Emmy Awards and was part of the WFAA team that was awarded a prestigious national Edward R. Murrow Award.

Before joining WFAA, Chimbel was a reporter for KWTX-TV and a producer at Texas Cable News. He has also produced two documentaries: “Soldier of God” chronicled the religious anti-war movement leading up to the 2003 war in Iraq and “Learning the Language” was an innovative Web-based project examining Dallas’ largest ESL-only program.

Chimbel graduated from TCU with a bachelor’s degree in broadcast journalism. He also earned a master’s degree from the Columbia University Graduate School of Journalism.