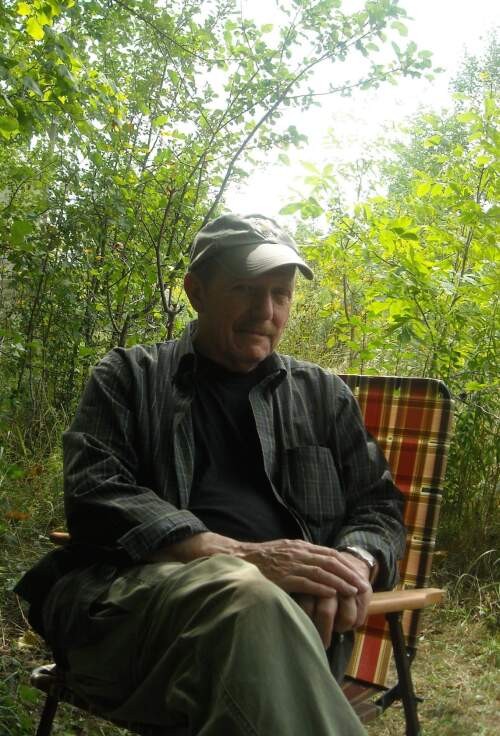 After a PhD (mathematics @ Michigan & Waterloo), I joined Computer Science at U of Western Ontario in 1969. In 1984 as a columnist for Scientific American I also published trade books on scientific topics. Biology has been my avocation, concentrating after retiring in 1995 on biological inventory (ATBI) work. Nominated as Adjunct Professor of Biology at my home university, my research revealed a mechanism that appears to govern species-abundance distributions in living populations.

Trained in Pure Mathematics at the University of Waterloo and The University of Michigan (MSc & PhD), I was hired by the Department of Computer Science at the University of Western Ontario in 1969. In (theoretical) computer science, there are plenty of interesting problems to keep a mathematician busy. In my case, I carried out research in both the theory of computation (what functions are computable?) and complexity theory (how fast can a function be computed?). It should be added that I was appointed to the prestigious position of columnist for Scientific American magazine, being responsible for the Computer Recreations column from 1984 to 1990. The column gave me the opportunity to publish ten trade books covering subjects such as innumeracy and math abuse, bad science, philosophy of mathematics, and an exploration of how science and technology might work in a two-dimensional world. One of my last books during that period was a biological profile of a selected site near my home.

Upon retirement in 1995, I was appointed Full Professor of Computer Science at the University of Waterloo for a limited term, helping the university with its program of public outreach to popularize the subject of mathematics and computing.

Throughout this period and indeed throughout my life, I have pursued Biology as an avocation, concentrating after 1995 on conservation biology, as well as on all-taxa biological inventory (ATBI) work. In recognition of the latter work I was appointed Adjunct Professor of Biology in our home department at the University of Western Ontario.

The research carried out during my time as adjunct is the subject of the book featured in this website. I became fascinated by the subject of population biology, particularly the form that a species-abundance distribution must take given the constraint of random fluctuations in a population. 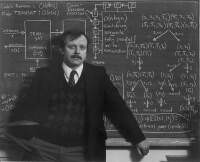 The theoretical biologist as a young computer scientist.

At the age of 40 I designed a system called TRANSAT or "translation into satifiabiility" as a way of doing non-deterministic computing using the proof developed by Stephen Cook that the satisfiability problem is NP-complete. The proof implies a recipe for translating any problem in NP (which can be solved "non-deterministically" in polynomial time) into a satisfiability problem which can then be solved heuristically, but ultimately by a massively parallel computer.