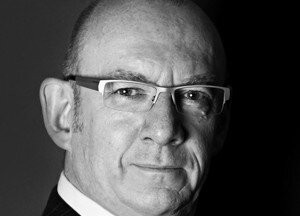 I am a lawyer with a passion for international human rights, justice and equality. Living and practising in the Isle of Man since 1987 as a Solicitor and a Manx Advocate, I am an offshore specialist in commercial law. I studied Jurisprudence at Worcester College, Oxford in the Seventies, and received my Master of Studies in International Human Rights Law at New College, Oxford in 2015. I'm told the potent combination of offshore commercial and human rights expertise is rarely encountered.

I have a passion for international human rights, justice and equality in all its forms.

I have over thirty-five years’ experience as a lawyer, both within the international private banking and fiduciary services industries and in private practice. First trained at leading “magic circle” City of London Solicitors Simmons & Simmons, I qualified as an English Solicitor in 1981 and as an Isle of Man Advocate in 1990. I am also a non-practising Solicitor in Ireland and in Northern Ireland.

I am an experienced diplomat, having been on the staff of the European Patent Office in Munich in this capacity, where I worked in English, German and French; languages which I still use professionally. I was the Honorary Representative of the Isle of Man Government in Switzerland during my time as a Senior Vice President of Deutsche Bank in Geneva.

In my capacity as Chairman of the Financial Services Tribunal, Collective Investment Schemes Tribunal and Data Protection Tribunal over many years I was called upon to exercise quasi-judicial authority. I am a member of the Solicitor Judges Division, Law Society of England and Wales and of the Chartered Institute of Arbitrators.

I am a Fellow of the Royal Society for the encouragement of Arts, Manufactures and Commerce (founded in 1754).

I have been widely published.

My field of research is the interaction between tax havens and international human rights, from a structuring rather than from a purely fiscal perspective (which means focusing on the often chimeric companies, trusts, foundations and other tailored structures which the tax havens have on offer).