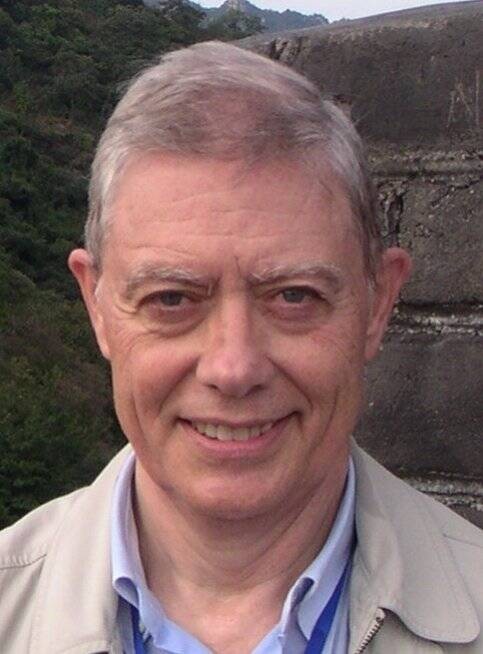 Senior Professor of Physics at Politecnico di Torino, Italy. Member of GNFM; previously of: INFN; INAF; VESF. With a background in nuclear engineering, then in theoretical physics, his main professional research domain is general relativity. A parallel commitment has always been the application of scientific criteria to evaluate the global impact of human activities on the planet earth and to investigate the conditions of physical sustainability of human societies.

Former Collaborator of Istituto Superiore Mario Boella
Former Professor of Physics at Politecnico di Torino, Department of Applied Science and Technology (previously Physics)
Teaching Relativity and Tensors at the Physics Doctorate School of the Politecnico
Scientific affiliations:
Present: GNFM (National Group of Mathematical Physics, Italy) of INdAM.
Previous: INFN (National Institute of Nuclear Physics, Italy); INAF (National Institute for AstroPhysics, Italy); VESF (Virgo-EGO Scientific Forum).
Academic responsibilities:
- Member for 10 years of the Administration board of the Politecnico
- Member for eight years of the Senate of the Politecnico.
Scientific responsibilities
- Until 2013: coordinator of the Turin units of the special initiatives of INFN:
o NA12 (Gravitation and Inflationary Cosmology) ,
o G-GranSasso (Measurement of gravito-magnetic effects by means of ring lasers).
o Presently member of the GINGER experiment (under development at the Gran Sasso National Laboratories) as theorist.

Main activity in the last two decades has been the theory of gravitation, analysing in particular the effects of rotating masses on the propagation of electromagnetic waves and on clocks and considering experiments possibly detecting the said effects on satellites orbiting the Earth or the Sun. A topic especially investigated has been and is the structure of space-time with cosmological implications; a model treating the non-trivial part of the metric tensor as a strain tensor in a four-dimensional deformable continuum has been elaborated and tested on observations. In the same time the research for observable gravito-magnetic effects has been extended to the signals from pulsars in binary systems. The interest for relativity has been extended to the proposal of a relativistic global positioning systems (RPS) based on the very structure of space-time deduced from measurements of proper times of freely falling clocks.
Tartaglia is also collaborating in the proposal of a ground based experiment using a set of ring lasers with the purpose of measuring the relativistic frame dragging (Lense-Thirring) effect of the Earth. The experiment, named GINGER (to be located at the Gran Sasso National Laboratories), has been approved for R&D by the Italian INFN.
The method for the RPS and the working principle of ring lasers have been combined in the proposal for an experiment, named Lagrange, based on receiver/emitter stations located in four of the Lagrange points of the sun/earth system, aimed at measuring the solar gravito-magnetism. Tartaglia is lead scientist of the Lagrange collaboration gathering six groups from Italian and Slovak universities and research institutions.
In applied physics Tartaglia has used his expertise in system dynamics to study the behavior of the human environment under the pressure of the current global economical system.

Foundations of physics. Evolution of human thought concerning the history and structure of the universe. History of physics and natural philosophy.