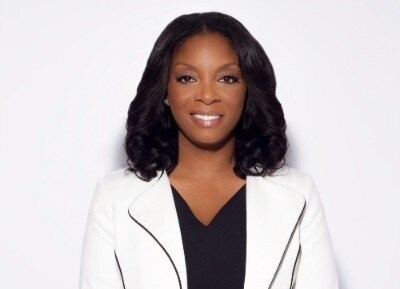 Founding Principal of Mott Hall Bridges Academy, Dr. Nadia Lopez's work in education has a global impact that has led her to an appearance on the Ellen Show and a visit to the White House with President Obama. In 2015 a HONY fundraiser raised $1.4 million to sponsor field trips and scholarships for her scholars. Dr. Lopez has spoken at notable universities, including Harvard and Yale, delivered a TED Talk on 'The Education Revolution’, and authored a memoir 'The Bridge To Brilliance'.

Dr. Nadia Lopez, the founder and principal of Mott Hall Bridges Academy in Brownsville, Brooklyn,was a finalist for the 2016 Global Teachers Prize. Nadia shot to national recognition when the popular blog Humans of New York profiled one of her students, Vidal Chastanet. Asked to name the most influential person in his life, Vidal named Nadia. After the blog post went viral and was shared 145,000 times, Nadia was featured in The New York Times, The Atlantic, Wall Street Journal, NBC News and many more. In less than three weeks, Nadia and HONY raised $1.4 million to endow a scholarship fund for graduates of Mott Hall Bridges. Nadia was recently invited to meet President Obama in the Oval Office.

Nadia founded Mott Hall Bridges Academy, a STEAM focused middle school, in 2010 to help turn the tide in a neighborhood that had all but given up on its students. Each year, her sixth graders hold hands and walk across the Brooklyn Bridge to Manhattan to symbolize their connection to the world. Seventh graders take an entrepreneurship class in which they develop business plans for a class contest. Eighth graders prepare to matriculate into the alumni association for continued college readiness preparation. Despite the fact that 100% of Nadia’s students live below the poverty line, last year 72 of Mott Hall Bridges’ 75 graduates were able to enroll in high schools beyond the Brownsville community. Nadia’s school combats the school-to prison pipeline with a stunning 98% graduation rate among its five graduating classes.

An inspiration to students and teachers alike, Nadia hosted the principal forum ‘Challenges of Leadership in Urban Education and the Impact it has on Student Achievement’, in collaboration with the US Department of Education in 2015 and 2016. In April 2015 she was honored with the Black Girls Rock Change Agent Award televised on Black Entertainment Television, where she delivered an empowering speech. Nadia is the author of the inspirational memoir, "The Bridge the Brilliance",  and delivered a Ted Talk on “The Education Revolution" that has been viewed more than a million times.

TED TALK: Why Open a School? To Close a Prison

Our kids are our future, and it's crucial they believe it themselves. That's why TED Fellow Nadia Lopez opened an academic oasis in Brownsville, Brooklyn, one of the most underserved and violent neighborhoods in all of New York City — because she believes in every child's brilliance.

Google Talks: How One Principal is Inspiring the World

Google welcomes Nadia Lopez to share her work and the impact she is having on education around the world.

One of the most lasting impressions you can leave on a child is encouraging them to find the strength to continue in the face of hardships. That's exactly what Nadia Lopez, founding principal of Mott Hall Bridges Academy in Brooklyn, strives to achieve with her middle school students.