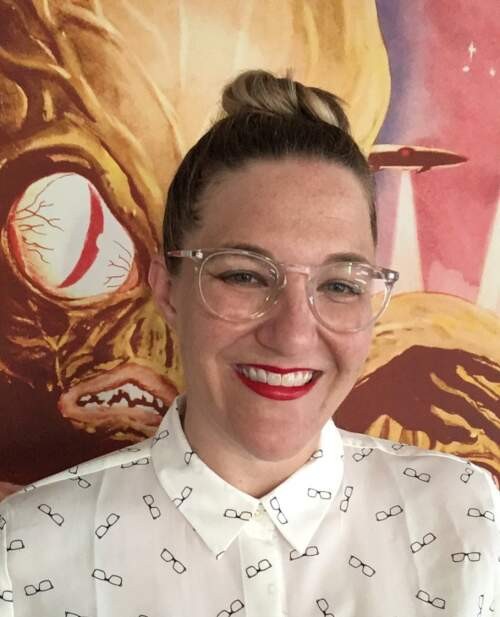 Assistant Professor
The University of Texas at Austin

Suzanne Scott is Assistant Professor of Media Studies at the University of Texas at Austin. Her work on gendered fan cultures and industry/fan relations in the digital age has been published in the journals Transformative Works and Cultures, New Media & Society, and Cinema Journal, as well as numerous anthologies, including Fandom: Identities and Communities in a Mediated World (2nd Ed), How to Watch Television, and The Participatory Culture Handbook.

Suzanne Scott is an assistant professor in the Department of Radio-TV-Film at the University of Texas at Austin. Her research and teaching interests include fan studies, media convergence, digital and participatory culture, social media, transmedia storytelling, comic book culture, and gender studies.

Dr. Scott’s current book project considers the gendered tensions underpinning the media industry’s embrace of fans as tastemakers, auteurs, and promotional partners within convergence culture. Surveying the politics of participation within digitally mediated fan cultures, this project addresses the "mainstreaming" of fan and geek culture over the past decade, how media industries have privileged masculine forms of fan engagement, and the marginalizing effect this has had on female fans. Her work has appeared in the journals Transformative Works and Cultures, Cinema Journal, New Media & Society, and Critical Studies in Media Communication as well as numerous anthologies, including the second edition of Fandom: Identities and Communities in a Mediated World, How to Watch Television, The Participatory Culture Handbook, and Cylons in America: Critical Studies in Battlestar Galactica. In 2012, she was selected to represent the current generation of fan scholars to interview Henry Jenkins for the 20th Anniversary edition of Textual Poachers. She has guest blogged for the Cinema Journal Teaching Dossier and in media res, among others. Her co-edited collection, The Routledge Companion to Media Fandom, was published by Routledge in 2018.