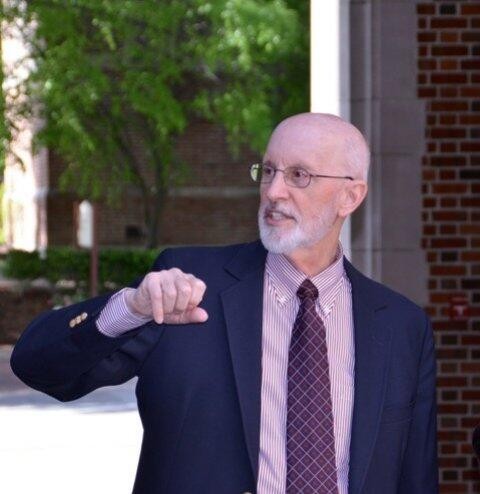 For more than 40 years David E. Leary has engaged in systematic research on the history and philosophy of psychology, on the social, cultural, and conceptual context and impact of psychology, and on the relations between psychology and other disciplines, particularly the humanities (e.g., philosophy, art, religion, and literature). He retired from teaching in 2016 to devote more time to family, travel, and writing.

The author of more than 50 articles and chapters, David E. Leary co-edited the award-winning A Century of Psychology as Science (1985, reissued 1992) and edited a seminal volume on Metaphors in the History of Psychology (1990) before publishing The Routledge Guidebook to James's Principles of Psychology (2018). He has a longstanding interest in William James (1842-1910), an American psychologist and philosopher at Harvard University, who was one of the founders of modern scientific psychology as well as modern philosophical pragmatism. The Principles of Psychology (1890) is James’s masterpiece, a classic text that influenced the development of both psychology and philosophy, and has fascinated many artists, humanists, and laypersons over the past 125 years. Leary has studied the historical and philosophical significance of this and other texts by James for almost half a century. His current research entails investigation of the impact of literature on James’s life and work.

Leary’s research has been recognized by a year-long fellowship at the Center for Advanced Study in the Behavioral Sciences in Stanford, CA (1982-83) and by open-ended fellowships in the Association for Psychological Science (1988-  ) and in Division 1 (1983-  ), Division 24 (1988-  ), and Division 26 (1982-  ) of the American Psychological Association. It has also led to his election as President of the Society for the History of Psychology (1983-84) and the Society for Theoretical and Philosophical Psychology (1994-95) as well as to the Association of American Publishers Award for the Most Outstanding Scholarly and Professional Book in the Social and Behavioral Sciences (1986), the American Psychological Association’s Award for the Best Article on the History of Psychology (2006), and the Society for the History of Psychology’s Lifetime Achievement Award (2009). His teaching was recognized by a Distinguished Educator Award from the University of Richmond (2013).

Leary’s tenure as Dean of Arts and Sciences (1989-2002) was characterized by wholesale revision of the University of Richmond’s curriculum and pedagogy, significant expansion of its faculty, elevation of its research and teaching standards, improvements in its facilities, and enhancement of its national reputation. From 1993 to 2000 he was a Member of the Board of the American Conference of Academic Deans, the major US organization of deans devoted to liberal education. He served as Chair of that organization from 1998 to 1999.

Leary’s undergraduate education emphasized philosophy, history, and literature (B.A., San Luis Rey College, CA, USA, 1968); his masters-level education focused on psychology (M.A., San José State, CA, USA, 1971); and his doctoral education was devoted to the history and philosophy of psychology (Ph.D., University of Chicago). Despite the venue for his most advanced degree, which was awarded through a history of science program, he considers himself a psychologist, albeit one who uses historical and philosophical means of assessing the theories and practices of his discipline. (He used to tell his students that if all psychologists did what he did, there would be no psychology to assess, but that every discipline, psychology included, should welcome and support a few individuals who can provide historical and philosophical assessments of its intellectual, scientific, and practical activities.) Thoroughly committed to interdisciplinary work, he appreciates the mentoring he received from Sigmund Koch (psychologist), George W. Stocking, Jr. (historian of anthropology), and Stephen Toulmin (historian of ideas and philosopher of science).

In 2005 Leary was asked to write an autobiographical chapter that highlighted the relations between the personal and professional dimensions of his life; it was published as “Objects, Meanings, and Connections in My Life and Career,” in George Yancy and Susan Hadley (Eds.), Narrative Identities: Psychologists Engaged in Self-Construction (London: Jessica Kingsley Publishers, 2005), pp. 54-72.