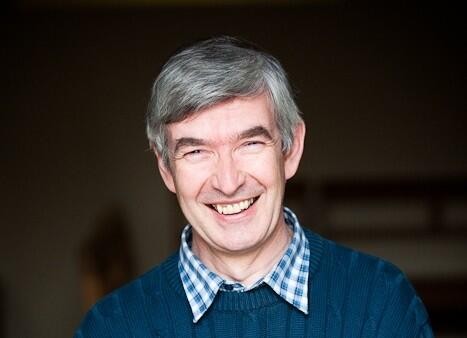 I trained first in medicine, at St George’s Hospital Medical School in London, qualifying in 1981, and then specialised as a postgraduate in psychiatry at the United Medical and Dental Schools of Guys and St Thomas’s, also in London. Following this, my clinical and academic interests in psychiatry were largely in the field of addictive behaviour, and especially alcohol misuse. I held positions as Lecturer at University College, London (1987 to 1990) and Senior Lecturer at the Institute of Psychiatry, London (1994 to 1997) as well as being Professor of the Psychiatry of Alcohol Misuse at the University of Kent from 1997 to 2003.

My academic work in psychiatry has been broad in scope. My doctoral thesis was on genetic effects upon the predisposition to alcohol misuse and dependence and was very biologically based. However, I have always also been interested in treatment approaches, including those based in the mutual help movement (of Alcoholics Anonymous and affiliated organisations) and those with religious roots, as well as those that are more medically based.

My own Christian faith has formed my approach to psychiatry since I was a student, and I gained an AKC at Kings College London (a theological qualification for “non-theologians”!) when studying medicine there in 1974 to 1976. I did not seriously embark upon academic study of theology until training for ordination as an Anglican priest much later in life. By this time, I was increasingly interested in inter-disciplinary issues between theology and psychiatry and my research publications have reflected this. I was ordained priest in Canterbury Cathedral in 2001.
Whilst studying for my MA in Applied Theology at the University of Kent (2002-2003) I undertook applied theological research around the subject of alcohol and addiction and this led to my monograph on this subject (Alcohol, Addiction & Christian Ethics, CUP, 2006). This book explores the way in which accounts of the “divided self” in the writings of St Paul and St Augustine of Hippo might inform and extend scientific accounts of addictive disorder. I remain broadly interested in the ways in which theological accounts of human behaviour may inform, challenge and extend scientific perspectives.

I came to Durham in 2003, initially as a College chaplain, but also in order to continue my academic work in applied theology in the University. I enjoy working with students here and think it an enormous privilege to live and work in this beautiful and spiritual place. There are few better places to read a theological text than in one of Durham’s many coffee shops!

I am Director of the Project for Spirituality, Theology & Health. This project was collaborative between the Department of Theology & Religion and the School for Medicine, Pharmacy & Health (until the recent move of SMPH to Newcastle). It has collaborative links with health service delivery and spiritual/pastoral care. In support of this, I am an honorary chaplain with Tees, Esk & Wear Valleys NHS Foundation Trust.

I am interested broadly in Christian spirituality. In the past, I have taught on the north east England Spiritual Direction training course, which used to be run jointly by Ushaw College & St Antony's Priory, and also at Cranmer Hall (the Anglican theological college). My 2011 monograph, The Philokalia and the Inner Life, is concerned with theological and psychotherapeutic engagement with the nature of mental well-being. The Philokalia is an anthology of eastern Christian texts spanning the 4th to the 15th centuries. It offers important insights into the mental world of thoughts and prayer.

I am a member of the core research team for the Hearing the Voice Project, funded by Wellcome, and am interested in the spiritual and religious ways in which people interpret and cope with their experiences of voice hearing.

I teach and supervise students at undergraduate and post-graduate level. I am Director of the MA programme in Spirituality, Theology & Health, which recently won an honorable mention in the 2017 Expanded Reason Awards.

Photography, home renovation, and (as a novice!) dry stone walling

Science and theology in human sexuality

Christian debates about human sexuality are often presented as being concerned primarily with differences regarding authority of scripture. It is proposed here that they might more constructively be understood as debates about science and theology. Just as cosmology, evolution and demonology have variously been perceived as presenting conflict between scientific theories and biblical texts, so human sexuality presents similar points of tension....