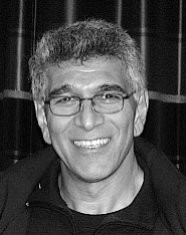 Professor and project director at Centre for Multiethnic Research, Uppsala University, from 2002 - 2008

• Leader and scientific coordinator for a major European Project: “The European Dilemma”. I was the scientific coordinator and leader for a major European research project in which research institutes and universities from 8 European countries participated. The project included many comparative studies about institutional patterns and politics of discrimination and social integration in Austria, Cyprus, England, France, Italy, Germany, Poland, and Sweden.