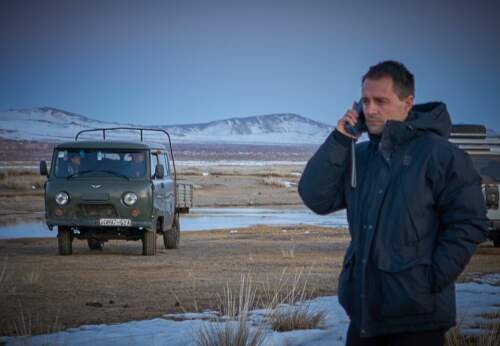 Im an experienced senior leader in the NGO sector and specialist in international programme management. Ive worked and lived in over 40 countries and operated teams in the most remote and challenging environments. I have over 20 years of experience of the disaster, conservation, environmental and animal welfare sectors. I have an MSc in Emergency Planning and Disaster Management and am a Fellow of the Royal Geographical Society and a Chartered Geographer.

An experienced Director of global programmes. Capable of developing high performing teams to deliver at a global scale, leveraging global partnerships to deliver sector level change. My career has spanned remote expeditions and conservation through animal welfare and disaster work and now environmentalism. My career has been spent both working at field level in challenging environments and advocating at the highest levels of UN and government (often simultaneously).

In my current role I operate as the Director of Programmes for CDP, managing 4 teams, operating globally to drive sustainable economies through the environmental disclosure of companies. These teams range from technical experts, to those involved in external engagement at high levels, as well as financial services professionals involved in investor led engagement, harnessing a signatory base of Assets Under Management of over $100 Trillion.

As a Programme Director at World Animal Protection I oversaw a range of global initiatives including the global disaster management programme which grew to a world leading position influencing both Sendai and Sustainable Development Goal frameworks, changing policy and practice with the Indian, Mexican, Costa Rican, Colombian, Australian and New Zealand governments and delivering much needed fieldwork to over 7 million beneficiaries over a 4-year period. I was also involved in the development of visitor facilities to the Zarnesti Bear Sanctuary in Romania (the largest in Europe). I also retained advisory capacity for wildlife issues including that relating to Orangutan rescue, rehabilitation and release. In 2014 I was a main character in the documentary 'Vets in the Disaster Zone' which followed my teams work in the aftermath of Cyclone Haiyan in the Philippines. My disaster fieldwork in my time at WAP included Cyclone Haiyan (Philippines), Fogo Island Volcanic Eruption (Cape Verde) and the Mongolian Dzud, Cyclone Pam (Vanuatu) and four Hurricanes in Cuba to name but a few.

Prior to this I worked as Director of Operations at CCC, running global operations for an award winning coral reef and rainforest conservation organisation. My career prior to CCC involved many overseas contracts in conservation in development, living in Uganda, Kenya, Ghana, Philippines, Costa Rica and Nicaragua.

In my spare time I am an explorer and put together expeditions to take scientists into unexplored areas of rainforest looking for species new to science. In the last 9 years this has included  3 expeditions undertaking first scientific explorations of the interior of the North Negros Natural Park in the Philippines and the Andravory Forest in Madagascar. The 2012 expedition to the Philippines gained the first photos taken in the wild of the Visayan Spotted Deer and Visayan Warty Pig gaining widespread media coverage.

In what spare time I have left I am a keen Downhill Mountain Biker and a father to two amazing children. 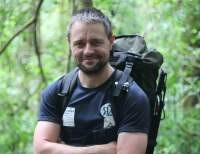 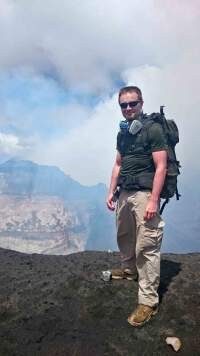 In the forests of Madagascar

At the rim of Ambrym Volcano Vanuatu