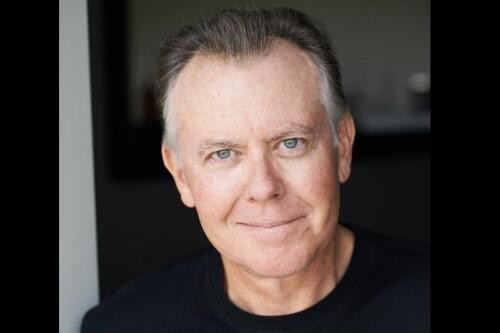 Kevin Page is an American author, actor, and holds a master’s degree in psychology. He writes about mindfulness meditation and the application of psychology to the actor training process. As a performer he appeared in over 70 films and TV episodes (including: RoboCop, SEINFELD, and DALLAS). He has authored 3 books, including A.C.T. for Actors and Psychology for Actors that help actors and other performers improve their craft through meditation and self-awareness training. www.KevinPage.com

Kevin Page is an author, actor, and holds a master’s degree in psychology. He writes about mindfulness meditation and other healthy mind/body training techniques that make us better actors and human beings. As an actor, he was blown away by a robot (ED-209) in the classic movie, RoboCop (1987), offered Jerry his “show about nothing” on SEINFELD, and played the character that ultimately shoots and kills “JR Ewing” on the 2012 re-boot of the TV series DALLAS. He has appeared in over 100 commercials, voice overs, stage plays, and industrial films throughout his 35-year acting career.

For 2018, Page has three new books coming out, including: Advanced Consciousness Training (A.C.T.) for Actors (Routledge), that teaches both stage and screen actors how to use various meditative arts to improve their abilities as performers; Psychology for Actors (Routledge), that applies 20th century post-Stanislavski psychological theories and techniques to the actor’s craft; and 150% Better Auditions (now available on Amazon.com), a popular version of his meditation system for actors and performers of any type.

In addition to writing and acting, he has been a documentary filmmaker, stockbroker, investment banker, entrepreneur, gallery owner, and artist. He holds four U.S. patents on a technology that uses robotics and software to create large-format pointillist-style oil paintings.

Kevin Page is active on social media and can be followed on various platforms, including: 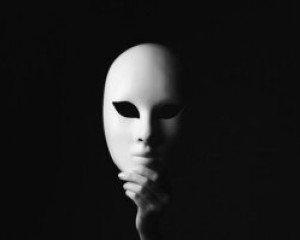 Why Psychology is Important to Actors

“What is my character’s motivation?” While this question is perhaps a caricature of the earnest actor’s quest for realistic performance, it is also a serious psychological investigation. ALL contemporary actors, whether on stage, film, or television, go to at least some lengths in exploring or making psychological choices about the characters they play. But what psychology do they use in making their judgments? Is it the behaviorism or Freudian psychoanalysis of the 1940s and 1950s? The “pop” psychology of the 1960s humanistic movement? Cognitive neuroscience? The personality theories of Adler, Rank, or Jung? What about psychological types such as introverted and extroverted? Abnormal or positive psychology? Put another way, how much actual psychology does the average actor really know and use? 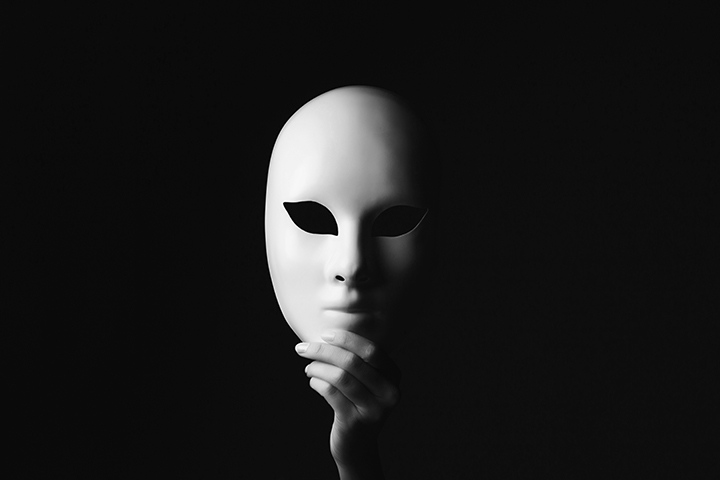 While nearly ALL actors regularly make fundamental and sometimes defining psychological decisions regarding the roles they play, very rarely is psychology a formal part of an actor’s training. Whether at the conservatory or university theatre department, psychology class is simply not part of the standard curriculum, even though working actors use it, in some form, every day!

I have been an actor for more than 30 years and I am here to guarantee that, for the working actor, psychology is the most important tool that you use in your craft (whether you are aware of it or not...). Every time you think about your character's motivation, your character's background or family life, how your character feels about something or someone else in the world of the play or movie or TV show you are performing in, you are using psychology.

The most interesting thing about modern psychology is that there are multiple different "schools" that look at the human condition from different and often unique perspectives. There are literally dozens of theories out there that go far beyond traditional Freudian psychology or simple behaviorism that most people are at least vaguely familiar with. There are Carl Jung's theories about individuation and personality "types" (like introvert and extrovert), or Abraham Maslow's hierarchy of needs (which is a very useful model for discovering a character's motivation). And it goes on from there.

So, how does the serious actor, student or professional actually apply these myriad theories and models to their work on a specific character? 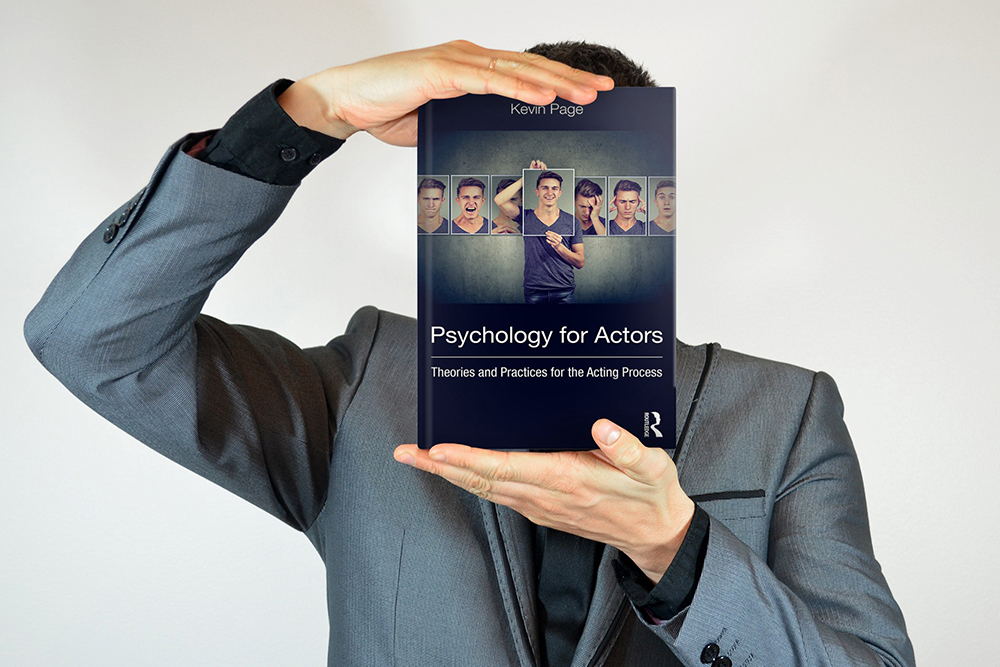 Psychology for Actors uses everyday language to explain the fundamentals of Western psychology and gives specific examples about how the theories can be applied in rehearsal and performance.

If you have ever wanted to deepen or otherwise improve your skills as an actor, this is the first major book to help you to directly apply psychology to your work. 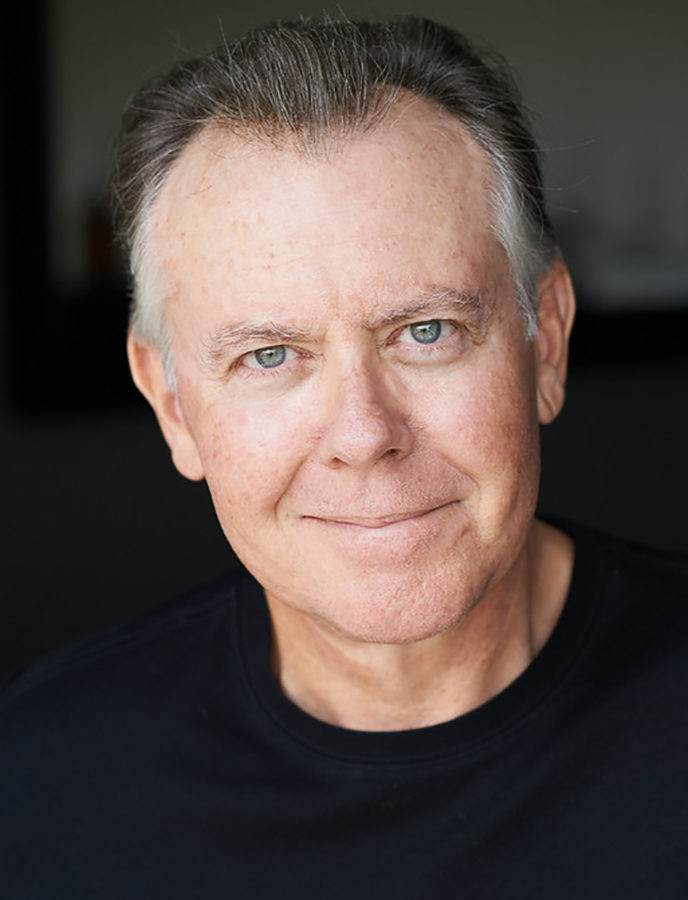 Kevin Page is an American author, actor, and holds a master’s degree in psychology. He writes about mindfulness meditation and other healthy mind/body training techniques. As an actor he has appeared in over 70 films and TV programs and 100 commercials, voice overs, and stage plays. His books include: 150% Better Auditions, which teaches actors and other performers how to improve their craft through meditation training. Advanced Consciousness Training (A.C.T.) for Actors: Meditation Techniques for the Performing Artist, and Psychology for Actors: Theories and Practices for the Acting Process.

He can be found on several social media platforms, including: 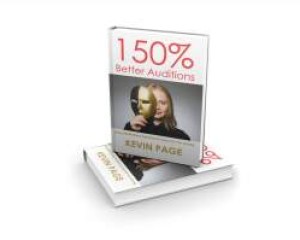 If you ask Richard Feldman, associate director of the drama program at the Juilliard School in New York City, what he thinks the most important quality an actor needs to have in order to succeed, he will tell you: “an ability to live in the moment…that’s the holy grail for actors.” But what does that actually mean and how is it done?

Kevin Page is an actor who also has studied psychology and he thinks he’s found an answer for those questions using neuroscience and modern psychology. “Mindfulness meditation is a technique that has been around for thousands of years but has only recently been studied by Western scientists,” says Page during an interview about his new book, 150% Better Auditions (Acting Theory Books, 2018). “And those scientists have confirmed that the same ability to focus one’s attention and ‘be in the moment’ that is so important to actors, can actually be trained using meditation.”

As an actor, Page has appeared in more than 70 films and TV episodes. “I’ve worked with a lot of good actors, and they all share one quality in common: when the camera rolls, they are right there, with totally focused attention on whatever is going on at that moment.” Page attended graduate school for both acting and psychology, where he studied meditation and consciousness. While completing a master’s degree in psychology, he noticed how similar meditation training and actor training often were. “But what surprised me was how rarely acting teachers actually used mindfulness training to help their acting students.”

To solve that problem, Page started doing research on meditation techniques that cultivate mindfulness or “the ability to live in the moment.” He discovered research studies by scientists from the University of Rochester, New York, that confirmed mindfulness practice improves “attention to and awareness of current experience or present reality” (Brown & Ryan, 2003). He found other studies that demonstrated positive physical changes in the brain associated with longer-term meditation practice (Brefczynski-Lewis, Lutz, Schaefer, Levinson, & Davidson, 2007; Chiesa, Calati, & Serretti, 2011).

“It was amazing,” said Page. “Here was a training tool [meditation] that science had demonstrated actually helped people concentrate their attention better, and yet very few actors even knew about it!” To help actors improve their acting work, Page wrote a book of his own that applied meditative techniques to the actor training process. “If you use the techniques I outline in my book, you can improve your auditions and your performance on either stage or screen significantly. You will actually start seeing improvements in your acting in as little as a week or two.”

Page’s book includes specific meditation exercises that he personally designed for use by actors along with a good deal of research on why his techniques work. “I basically spent a year doing these techniques myself and combining them with my work in auditions and on the set. During that time, I booked several acting jobs, including a recurring guest star role on a major cable series. So, I guess you might say I ‘ate my own dog food’ and that I’m living proof it works.”

Ultimately, Page believes the kind of exercises he has introduced for actors can be used by a broader audience of public speakers, business executives, and any person who is called upon to present themselves with high energy and charisma. “In my mind, someone giving a keynote speech or important business presentation is doing the same thing as a movie or stage star,” says Page. “Everyone from CEOs to salespeople to college professors can use these techniques and see, directly in their own experience, if they work for them or not.”

150% Better Auditions is now available at bookstores and on Amazon.com.

About the book: 150% Better Auditions teaches actors, or any kind of public performer, the secrets of better acting and auditioning by using the power of mindfulness training to improve confidence, concentration, and focus of attention. The techniques in this book, presented in everyday language that anyone can understand, help reduce nervousness, stay in the “present moment,” remain calm under pressure, and make better creative choices.

About the author: Kevin Page is an author, actor, and holds a master’s degree in psychology. He writes about mindfulness meditation and other healthy mind/body training techniques. On screen he was blown away by a robot (ED-209) in the classic movie, RoboCop (1987), offered Jerry his “show about nothing” on SEINFELD, and played the character that ultimately shot and killed “JR Ewing” on the 2012 re-boot of DALLAS. His other books include, Advanced Consciousness Training (A.C.T.) for Actors (Routledge, 2018), that teaches both stage and screen actors how to use various meditative arts to improve their abilities as performers; and Psychology for Actors (Routledge, 2018), applying 20th century psychological theories and techniques to the actor’s craft.

An in-depth interview with Routledge author, Kevin Page (Advanced Consciousness Training for Actors, Psychology for Actors). Meditation and mindfulness training are the new cutting edge in actor training. Discover the scientific research that is helping actors and other performers improve and deepen their artistic expression through consciousness training. www.ACTforActors.com www.KevinPage.com