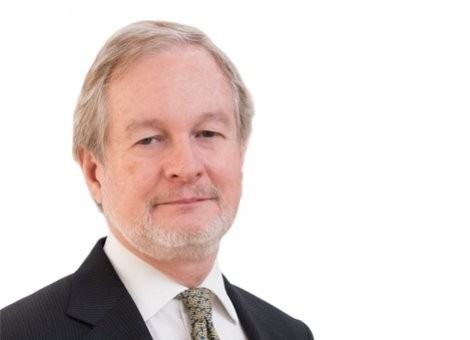 I am a former management consultant, business executive and entrepreneur, and have lived in San Francisco for the last 33 years. I have just finished writing my second book, "Untangling the USA...," about current affairs in the U.S. and how complex socio-economic processes lead to high costs and poor outcomes in a number of critical sectors such as energy, finance, health care, legislating, taxation and social programs.

Etienne Deffarges is the author of “Untangling the USA: the Cost of Complexity, and What Can Be Done About It,” published in June 2018 by Routledge, Taylor & Francis. This book looks at a number of critical sectors of our economy, such as health care, energy, finance, government and sports, and has forewords written by former Secretary of State George Shultz and former Senate Majority Leader Tom Daschle. Etienne has lived in San Francisco since 1985 and became a U.S. citizen in 1993. He first discovered the Bay Area when studying for his MS in Civil Engineering at the University of California, Berkeley, upon graduating as an aeronautical engineer from the ISAE – Sup’Aero in Toulouse, France. After working a few years as a general field engineer for Schlumberger in several South American countries, he got his MBA from the Harvard Business School, graduating as a Baker Scholar.

Etienne then started a career in management consulting with Booz Allen Hamilton, went through his apprenticeship, and eventually became a senior partner and head of the firm’s global energy, chemicals and pharmaceuticals practice. He was a senior advisor to several governments in Asia and South America, and attended the annual meeting of the World Economic Forum in Davos, Switzerland. In 1999, Etienne was recruited by Accenture to be a global managing partner, with leading responsibilities in energy and utilities. He was the company’s first global market maker, responsible for large deals with clients, including one well in excess of $1 billion. He founded the Accenture Energy Advisory Board, chaired by Secretary George Shultz, and was a member of the Aspen Institute Energy Forum, since his tenure as a Booz Allen partner. He participated actively in the 2001 Accenture IPO on the New York Stock Exchange. In 2004, Etienne became an entrepreneur and part of the founding team, EVP and Vice Chairman of Accretive Health (now R1 RCM), a health care IT start-up that had its own IPO in 2010, with an enterprise value of $1.2 billion. He got the company to be a global growth, industry shaper and health care partner for the World Economic Forum.

Today Etienne holds a variety of board positions in aerospace, automotive, construction, food, energy, and health care. He is a co-founder and operating partner of Chicago Pacific Founders, and member of the advisory board of this private equity group. He is an active angel investor, as Chairman of the HBS Alumni Angels of Northern California and member of the Band of Angels, and coaches several early stage companies. Etienne has lived in seven countries and travelled extensively. He is fluent in five languages, a private pilot, an avid reader and a model railroad hobbyist.