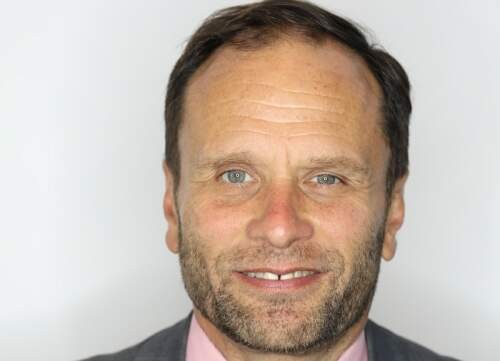 Thomas Andrew O’Keefe is the President of Mercosur Consulting Group, Ltd., a legal and economic consulting firm that assists companies with their strategic business planning for South America as well as advises Latin American firms exporting to the United States. A dual national of the United States and Chile, he is bilingual in English and Spanish, and fluent in French and Portuguese. He currently teaches for the International Relations program at Stanford University.

Thomas Andrew O’Keefe is the President of Mercosur Consulting Group, Ltd.  A dual national of the United States and Chile, he is bilingual in English and Spanish, and fluent in French and Portuguese.  He did his undergraduate work at Columbia University, and received his J.D. from the Villanova University School of Law.  In 1986, he worked for the legal departments of the Chilean Human Rights Commission and the Vicaría de la Solidaridad (the human rights office of the Archdiocese of Santiago).   He also worked as an associate for a number of years at the Wall Street law firm of Carter, Ledyard & Milburn and the Boston-based Gadsby & Hannah before returning to study at the University of Oxford, where he received an M.Phil. in Latin American Studies (History and Economics) in 1992.  He has taught courses on Colonial Latin America, Western Hemisphere economic integration, the political economy of the Southern Cone Countries of South America, energy and climate cooperation in the Western Hemisphere, and U.S.-Latin America diplomatic history at American University, Johns Hopkins University’s School of Advanced International Studies, The George Washington University’s Elliott School of International Affairs, and Stanford University.  He served as Chair of the Western Hemisphere Area Studies Program at the U.S. State Department’s Foreign Service Institute between 2011 and 2016.  During the spring 2015 semester, he also taught a seminar on International Human Rights Law at the Villanova University School of Law.

Mr. O’Keefe is the author of numerous book chapters and articles on Latin American economic integration, globalization, energy security, and climate change, and has lectured extensively on these topics both in the United States and abroad.  He has also been invited to brief U.S. government officials and testify before the U.S. Congress on developments within MERCOSUR and the Free Trade Area of the Americas project.  He is the former Managing Editor of Focus Americas, an analytical review of business and legal developments throughout the Western Hemisphere.  He is the author of Latin American Trade Agreements (Ardsley, NY: Transnational Publishers, Inc. 1997-), Latin American and Caribbean Trade Agreements: Keys to a Prosperous Community of the Americas (Leiden NL: Martinus Nijhoff (Brill), 2009), and Bush II, Obama, and the Decline of U.S. Hegemony in the Western Hemisphere (New York: Routledge, 2018).

In 2001, Mr. O’Keefe participated in the U.S. AID/RAPID project as an African Growth & Opportunity Act (AGOA) trade specialist based in Gaborone, Botswana.  In 2005, he received a Fulbright Scholars Award to lecture on international trade topics at the National Universities of Córdoba and Rosario in Argentina and conduct research on the Argentine energy sector for a chapter in a book published by the Center for Strategic and International Studies (CSIS) in 2007.  In 2011, he was the recipient of a Fulbright Senior Specialist Award to lecture on the Peru-United States Free Trade Agreement at the Law School of the Catholic University of Peru.  Between October 2005 and October 2006, he was the Legal and Economic Integration Specialist for the US AID funded Caribbean Open Trade and Support Program based in Antigua that provided trade capacity building and competitiveness assistance to the governments and private sectors in both Antigua and Barbuda as well as Dominica.