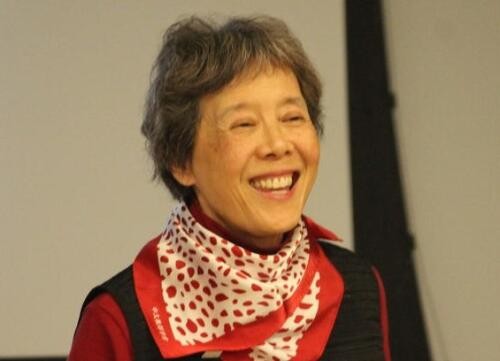 Vivian Ling was born in wartime China and educated in the U.S. She taught for 24 years at Oberlin College before moving overseas to direct study-abroad Chinese language programs, most notably the IUP in Taipei and Beijing. Her last position was Director of the Chinese Flagship program at Indiana University. Prof. Ling has published numerous books and articles in the area of Chinese language and literature, including the book featured here, for which she was the editor and primary author.

Within five years after graduating from Swarthmore College as a math major, I remade myself into a Sinologist and began a career at Oberlin College.  Instead of saying that my training in math turned out to be useless in my eventual career, I would say that my college education was immensely useful in that I learned that asking the right questions is much more important than having the right answers.  The best question that I have asked myself repeatedly throughout my life is “why not?”

In the early 70's, Sinology in the U.S. was still confined to the ivory tower; but with the re-opening of China in the late 70's, my career took a great leap outward and I ended up at the forefront of U.S.-China relations and enjoyed a front row seat to the drama of China's transformation.  Oberlin was a wonderfully nurturing home base for me, but at age 50, I embarked on a second career directing Chinese language studies programs abroad.  As field director of Inter-University Program for Chinese Language Studies (a.k.a. "Stanford Center") in Taipei and Beijing, and later as field director of Associated Colleges in China, I witnessed some of the most tumultuous events in U.S.-China relations as well as upheavals in China, including the rift in U.S.-China relations in 1999 following NATO's bombing of the Chinese Embassy in Belgrade and the SARS epidemic in 2003.  The “final” phase of my career was back at the home front, directing the Chinese Flagship Program at Indiana University.  Two of my colleagues there – Associate Dean of College of Arts & Science and the Director of the East Asian Studies Center – had been my students from the 70's.  Their leadership made me realize that I had come full circle and it was time to retire.  My career spanned an era of increasing urgency for our country to truly engage with China as equal partners in building peace around the world, so I feel immensely privileged to have played a role in helping a generation of students acquire the indispensable skills to truly engage with China.

In the five years since my “official” retirement, I have embarked on a new chapter in my life of the mind. Reflecting on my own career spanning over four decades opened my eyes to the tremendous influence that geopolitical shifts – particularly in U.S.-China relations – has had on Area Studies, including language studies. The field of Chinese language education began only after World War II.  Over the entire history of that field, the careers and personal lives of Chinese language teachers in the U.S. have been greatly affected by geopolitical shifts, in some cases to the point of being determined by them. And yet, the vast majority of these teachers, who toiled in the trenches of academia, were not politically savvy, or even particularly interested in politics. Most of them simply focused on doing their job of teaching Chinese well so as to secure their own positions, even though job security for the majority of them depended on factors not within their control. I was no exception! It was only after retirement that I realized that I had been toiling in a box, and missing the big picture.  In retirement, my life of the mind has shifted to outside of the box, and the most exhilarating chapter of my life started to unfold. Moral of the story:  careers do not end with retirement. 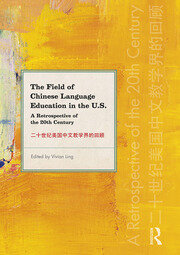