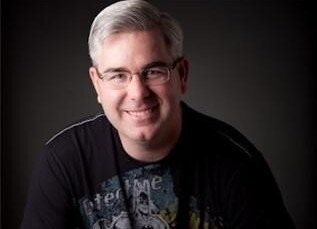 Sean F. Kane has been practicing video game law for 15 years and Variety magazine named him to their 2017 Dealmakers Elite New York list and 2016 Legal Impact Report. He Co-Chairs the Interactive Entertainment Group at Frankfurt Kurnit, where he represents many of the most well-known names in the video game industry. Sean is also on the Board of the Video Game Bar Association and is a sought after author, speaker and industry commentator.

Sean F. Kane is Co-Chair of the Interactive Entertainment Group at Frankfurt Kurnit, where he represents a variety of companies in the video game and social media industries. Mr. Kane’s clients often are on the cutting-edge of media, content and technology creation where rapid innovation is leading to the birth of new products, companies and industries. He has considerable experience negotiating licenses, developer and publisher agreements, and in protecting the intellectual property rights of video games and related social media applications, including trademark and copyright protection, clearance and enforcement. Variety magazine named Mr. Kane to their 2017 Dealmakers Elite New York list and 2016 Legal Impact Report.

Mr. Kane has worked at the forefront of the interactive entertainment industry for the past decade and has represented clients on transactional matters involving various business segments, such as console and PC video games, virtual worlds, eSports, online gaming, social gaming, mobile and tablet gaming, virtual currency, mobile apps, social media, computer software and the Internet. Mr. Kane’s clients range from start-ups to the largest developers and publishers in the video game industry. He counsels and works with clients to structure, negotiate and implement complex content acquisition, development and distribution deals. Mr. Kane regularly advises clients on licensing, co-branding, consulting, advertising, content monetizing, publishing and distribution transactions. He also has experience litigating complex business and intellectual property disputes in federal and state courts at trial and appellate levels and in ADR forums throughout the country.

Mr. Kane is a frequent speaker on video game panels and seminars on behalf of organizations such as: Law Seminars International, Practising Law Institute, Game Developers Conference, LOGIN, RSA, Digital Hollywood, NY Games and the American Bar Association. Mr. Kane is frequently quoted by the media and has written extensively on legal topics relating primarily to intellectual property and entertainment issues. For example, he is the author of: "How Courts View Copyright Protection For Video Games"  published by Law360, July 2017,  "When It Comes to Games, the Practical Limit to U.S. Copyright Protection May Only Be Skin Deep" published in the first issue of the Games Law Industry Journal, May 2017, "Game On: Have an Idea for a Great Video Game?" published by Athletes Quarterly, March 2016, "Copyright Assignment Termination After 35 Years: The Video Game Industry Comes of Age" published by The Lawyer, September 2013, "Evolving Case Law on the Fair Use of Famous Trademarks in Video Games" published by Law360, August 2013, and more.

Prior to joining Frankfurt Kurnit, Mr. Kane was special counsel to Pillsbury Winthrop Shaw Pittman LLP and founder of Kane & Associates LLC, where he served as Chair of the firm’s Interactive Entertainment Practice Group. He is admitted to practice in the United States District Courts for the Southern and Eastern District of New York and in New Jersey.

Video Games and the Law