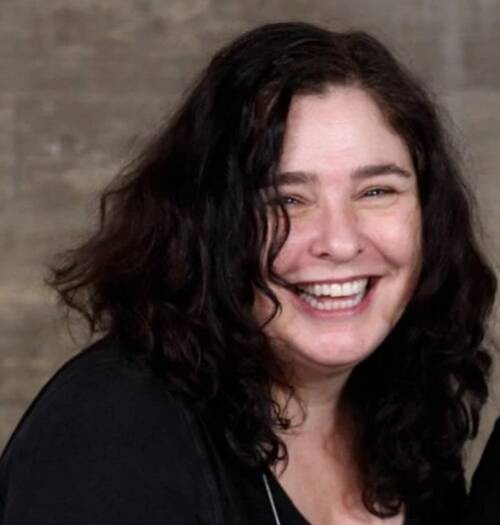 Both practitioner and scholar, Dorita Hannah specializes in performance architecture and design as well as event curation and dramaturgy, with her trans-disciplinary research in the visual, spatial and performing arts. She focuses on critical theory and practice with an expertise in the dynamics of public space, as well as intermediality and spatial politics.

Consulting with communities on cultural environments, Hannah also collaborates with artists, designers and organizations to co-conceive, curate, design and direct events, installations, exhibits, objects and environments. Her interdisciplinary postgraduate supervision focuses on public space, creative practices and socio-political design, principally through her Critical Spatial Practice and concept of Event-Space. Her formulation of Performance Design contributed to a global change in thinking and making around performing arts design and design performativity; including art and architecture within its ambit.

Hannah has consistently engaged in the Prague Quadrennial of Performance Design & Space (PQ) since 1995. She was Theory Curator in 2015 and in 2011 designed and curated the Architecture Section, Now/Next: Performance Space at the Crossroads, which included national displays, commissioned media works and an Open Spatial Laboratory for 21 selected PhD candidates, as well a lecture program from high-profile international guests. Her award-winning creative work has been consistently selected for exhibition at PQ (1995, 1999, 2011 & 2015) where she was international juror (2007), design director of the central thematic exhibit (2003) and on PQ’s core creative team 2009-2015.

Hannah was on the Board of Directors for several organisations including PSi (Performance Studies International) 2009-2014, for which she now co-Chairs its Performance+Design Working Group. She also co-Chairs the Architecture Working Group for the International Federation of Theatre Research (IFTR). She co-curated Fluid States for PSI: a year-long globally dispersed series of events across 2015; leading a 3-day festival/symposium in the Cook Islands, curated and designed an exhibition in the Chilean Architecture & Urbanism Biennial (Valparaiso 2017), collaborated on the US Pavilion for EXPO 2015, and designed the Container Globe, a theatre constructed of shipping containers in the USA. Her collaborations on Performance and Theatre Architecture have gained architecture, design and research awards; including a UNESCO Laureate, Gold & Silver for World Stage Design in 2009 (WSD) and the NZIA Medal in 2015.

Hannah co-convened the first International Symposium on Performance Design in Rome (2006), which brought together designers, architects, artists, performers and theorists, resulting in the publication of an anthology (2008): followed by gatherings in 2013 (Spacing Performance) and 2018 (Performing Institutions). She has co-edited themed journals on Performance/Architecture (JAE/ERA 21) and her many publications address a range of creative art forms. As Guest Professor in European Summer Academies for Doctoral Research since 2011, her focus is on interdisciplinary postgraduate artistic research.