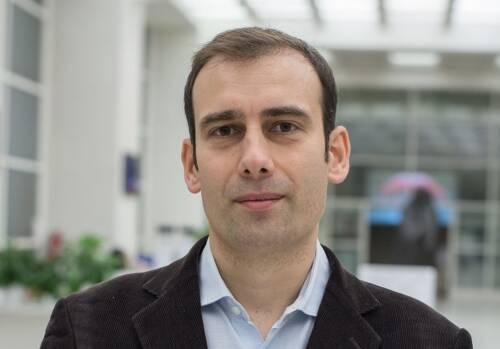 Dino Numerato is Associate Professor at the Department of Sociology at Faculty of Social Sciences, Charles University, Prague (Czech Republic).

Dino Numerato is Associate Professor at Department of Sociology at the Faculty of Social Sciences, Charles University in Prague, Czech Republic (FSV UK). From 2016 to 2019, he was Head of Department of Sociology at FSV UK. From October 2013 to November 2015, he worked as a Marie Curie Research Fellow and as a Research Associate at the School of Sport, Exercise and Health Sciences (SSEHS), Loughborough University (UK). Between October 2013 and October 2015, he worked with Richard Giulianotti on the EC Marie Curie project entitled "Football Fandom, Reflexivity and Social Change" (FANSREF). He was previously, from February 2006 until September 2013, Research Fellow at Bocconi University (Milan, Italy).  He has also acted as a Guest Lecturer at Masaryk University (Brno, Czech Republic) and as Visiting Professor at the University of West Bohemia (Pilsen, Czech Republic).

Dino Numerato completed his MA and PhD studies in Sociology at the Faculty of Social Studies at Masaryk University. During his doctoral studies, he also spent one year (2004-2005) at University La Sapienza (Rome, Italy), having been awarded a Marie Curie Early-Career Research Fellowship within the framework of the EuroPhD in Social Representations and Communication.

In addition to his sport-related research, Dino Numerato has undertaken substantial research in the field of health, particularly with regard to the sociology of health care professions, health policy, epidemiology, and health economics, and in the field of migration and labour market integration.