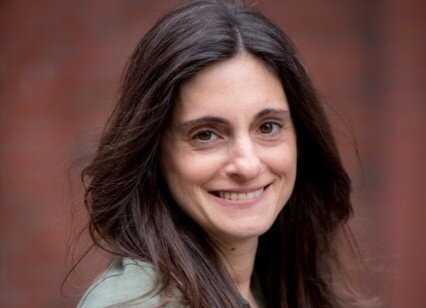 Michele Meek's is a professor, filmmaker, and writer. She has published in Literature/Film Quarterly, Girlhood Studies, the Journal of Popular Film and Television, and Psychoanalysis, Culture and Society. She edited the Routledge book "Independent Female Filmmakers: A Chronicle through Interviews, Profiles, and Manifestos," and she co-edited the book “The Independent’s Guide to Film Distribution” in 2014.

Professor Meek teaches courses in digital media production, film studies, screenwriting, and gender studies. She is an award-winning writer and film director, with her most recent film, Imagine Kolle 37, having screened at the ICA Boston, Independent Film Festival of Boston, and others. She edited the book Independent Female Filmmakers: A Chronicle through Profiles, Interviews, and Manifestos with Routledge in 2019, and she has published in Literature/Film Quarterly, Girhood Studies, and the Journal of Popular Film and Television.

In addition, her successes as a media entrepreneur have been profiled by NPR, the Boston Globe and Inc. Magazine. She founded NewEnglandFilm.com, an online magazine, directory and film festival website that has become a leading resource for filmmakers in the region, and she led the transition of the 30-year-old magazine The Independent Film and Video Monthly to the nonprofit organization Independent Media Publications, where she remains a board member. She regularly serves on film festival juries and advisory boards, including Stowe Story Labs, Women in Comedy Festival, Salem Film Fest, and others, and she currently serves as Co-Chair of the Children’s and Youth Media and Culture Scholarly Interest Group for the Society of Cinema and Media Studies.