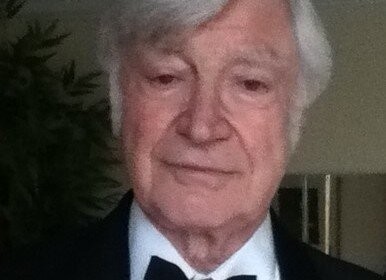 I am Vincent Marks, a Doctor of Medicine and Clinical Scientist. Now, some 60 years after first becoming interested in hypoglycaemia and 35 years since I was an expert witness in the infamous Claus von Bulow trial I have written this, the first book devoted solely to the Forensic Aspects of Hypoglycaemia. The crimes associated with hypoglycaemia vary in severity from the use of abusive language, shop lifting and driving offences to deliberate homicide and multiple murder

I am Vincent Marks, a Doctor of Medicine and Clinical Scientist.  My last appointment, from which I retired several years ago, was Dean of Medicine in the newly established Post-Graduate Medical School at the University of Surrey in Guildford, England. Prior to that I was Professor of Clinical Biochemistry and Head of the Department of Biochemistry as well as a practicing clinician at the nearby Royal Surrey County Hospital where I ran the clinical biochemistry laboratory and metabolic investigation unit.
My undergraduate medical education was at Brasenose College Oxford and St Thomas’ Hospital Medical School London and was followed by junior medical and surgical jobs in Chertsey, Cambridge and London.  I began to specialise in Chemical Pathology while undergoing post-graduate training at the Institute of Neurology, University of London where my life-long interest in hypoglycaemia began. This occurred after I had developed a simple method for measuring glucose at low concentrations in blood accurately, something that had not previously been possible in clinical practice. With it I diagnosed hypoglycaemia masquerading as neurological disorders that had hitherto escaped detection in a number of cases including brain tumours, panic attacks and dementia. In collaboration with Dr Ellis Samols, one of the earliest students of Yalow and Berson who invented immunoassay I learned how to measure insulin in blood which proved essential in determining the true cause of a patient’s hypoglycaemia.
On completion of my training in Chemical Pathology I took up the post of Consultant Chemical Pathologist to the large Area Laboratory in Epsom Surrey serving the needs of a dozen large mental hospital scattered around the County and where insulin coma therapy was still occasionally used. I also had responsibility for the setting up a clinical biochemistry department and metabolic investigation unit in the nearby general hospital. There I largely saw patient with diabetes and other endocrine disorders as well as organising and supervising the routine clinical biochemistry laboratory and consulting on the results.
My research in Epsom was necessarily limited but my interest continued in the investigation of so called  spontaneous hypoglycaemia – a group of conditions in which I had already acquired an international reputation by virtue of the monograph called Hypoglycaemia written in conjunction with my contemporary at The Institute of Neurology and later an outstanding Consultant Neurologist, Frank Clifford Rose.
Hypoglycaemia was the first major book devoted exclusively to the description, investigation and treatment of hypoglycaemia and was published by Blackwell Scientific of Oxford - a major publisher of medical books of the time but sadly no longer with us. The first edition in 1965 was followed by a second edition in 1981 but by then the subject had grown too large for just the two of us to produce another and our existing commitments prevented us from even attempting to enlist help in editing and writing one.
After eight years in Epsom in 1970 I move 20 miles west to Guildford as the foundation Professor of Clinical Biochemistry in the newly established University of Surrey. I also became Head of Clinical Biochemistry and Consultant to the Clinical Investigation and Metabolic Unit at nearby Royal Surrey County Hospital.
Because of my interest and established record in immunoassay development and provision I was invited by the National Health Service to set up what would become the first laboratory in the UK to offer insulin assays as a service to NHS hospital throughout the country. . As a result we received samples of blood, urine and even tissues from patients with hypoglycaemia that was not due to overtreatment of diabetes – by far and away the commonest cause encountered in practice but one that seldom presented difficulties in diagnosis – but to some underlying disease - the nature of which was unknown. This gave me unrivalled .access to data concerning the various causes of spontaneous hypoglycaemia so-called to distinguish it from iatrogenic hypoglycaemia or that caused by the therapeutic use of insulin and other drugs used to treat diabetes.
Following my involvement as an expert witness in the infamous case of Claus von Bulow at whose trial I testified and which led to his acquittal on a charge of attempted murder, I became increasingly concerned with the forensic aspects of hypoglycaemia. His was one of the cases described in the book called Insulin Murders, written in conjunction with Caroline Richmond, a medical journalist, and now published by Taylor and Francis, in which we described the comparatively few cases of murder using insulin as a weapon that had been authenticated by conviction of the perpetrator up to that time
In retirement from clinical and research activities I continued to be involved in cases coming to court in which expert evidence was sought and in which hypoglycaemia played a key role. The absence of any authoritative source of reference was the stimulus to put together the information now assembled in the book Forensic Aspects of Hypoglycaemia published by Taylor and Francis.
My research interests other than hypoglycaemia have included investigation of the physiology of glucagon and other gut hormones, the measurement and importance of alcohol in clinical medicine and criminology, the introduction of immunoassay and other methods for detecting and measuring the concentration of addictive and other drugs in blood and the value of therapeutic drug monitoring in clinical practice.
I am married with two grown up children, both of whom are in the law, six grandchildren none of whom has taken up medicine, and currently just four great-grandchildren.