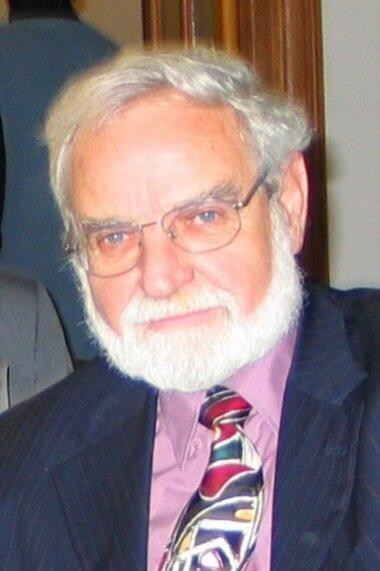 I am a retired professor of biochemistry. I obtained my diploma in biochemistry, an MD and the professorship from the University of Tübingen. Later, I served as R&D head at Grünenthal GmbH in Aachen,, thereafter as scientific director of the of the GBF in Braunschweig. After a sabbatical in Berkeley, I took the Chair of Biochemisry at the University of Braunschweig. Upon obligatory retirement in 2003, I continued working in various positions.

I am a retired professor of biochemistry. Born in 1938 in Grevenbrich, DE, I obtained my diploma In 1967 in biochemistry and in 1968 a medical doctorate from the University of Tübingen, DE, where I also pioneered in selenium-caalyzed  metabolism of hydroperoxides and became a professor for biochemistry in 1974. From 1976-1990 I served as director for research and development at Grünenthal GmbH, a pharmaceutical company located in Aachen, DE. Thereafter he became the scienific director of the of the National Research Center of Biotechnology (GBF, now HZI) in Braunscweig, DE. After 5 years, I decided to switch back from research administration to bench-type reasearch, spent a three months sabatical at the University of Berkeley, CA, USA, and then took the Chair of Biochemisry at the Technical University of Braunschweig. When I reached the age of obligatory retirement, he kept working as senior scientist in a start-up company, as Chairman of the COST Action CM 0801 (EU), as guest professor at the University of Magdeburg, DE, as cooperation partner with he biochemical institute of the Universidad de la Republic (Montevideo, UY), and as Distinguished Visiting Professor at the University of Padova, IT. My diversified scientific interests are reflected in a heterogenious list of awards and honors: Award of he Anna Monica Foundation for work on endgenous depression (1973); Claudius Galenus Prize for production of recombinant urokinase (1985); honorary degree of the University of  Buenos Aires (AR, 1997) for achievements in biochemical parasitology; Klaus Schwarz Commemorative Medal for selenium research (1997); Science and Humanity Price of the Oxygen Club of California for life time achievements (2001); Trevor Frank Slater Award and Gold Medal for free radical research (2006); Redox Pioneer #3 for work on glutathione and related subjects (2010), and an honorary degree of the Universidad de la Republica (UY, 2013) for elucidation of the hydrperoxide metabolism of trypanosomes.